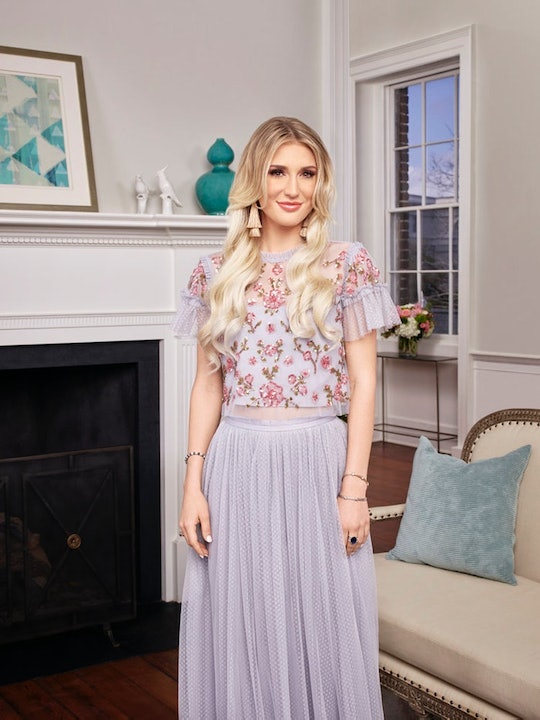 The upper crust of the south is a lot like the fashion world, it seems. One day you're in and the next you're out. Season 6 of Southern Charm is letting go of a few familiar faces but introducing a few new ones. So you may be asking: who is Eliza Limehouse on Southern Charm? There's a new girl in town and she might stay around for awhile.

She's more than just someone with the perfect name for a romance novel set in the south (you know it's true). It turns out Eliza's family's roots in Charleston go way, way back. And she's keeping tradition alive by working in the family business, Limehouse Properties, managing and renovating hotels.

But that's not her only business. Eliza also founded a jewelry company called Snaffle Bit Bracelet Company — which she started in high school, because of course she did. But wait, there's more! She cofounded Plantation Candle Company with Allston Pate and sells another line of fine jewelry through her official website.

Are you out of breath reading that? Same. But hold on because in between all of that work, she somehow finds time to eat, sleep, and "passionately" advocate for animals, according to her official bio on Bravo. She's so passionate about it that bringing awareness to animal rights issues is what's driving her desire to become a politician in the future. But, I hope she quits a job or two before then, because I'm counting five, including her work on Southern Charm.

Don't ever call her lazy. But, I am reserving the right to question her taste in friends. Because Radar Online reports that Eliza is friends with Ashley Jacobs, who has made quite a few enemies among the main Southern Charm cast.

From the previews it looks like Ashley will be dropping in on the cast-members from time to time (whether they want her to or not). It also looks like things aren't going to go super well for her when she does.

“I wish [Bravo] had the decency to contact me and give me a chance. Because I would like to have a redemption story, the same way Kathryn [Dennis] did," she told People in September 2018. "I’m not going to fight and I’m not going to play dirty. I’m going to smile and be nice. I never had the chance to do that on the show because I was so wrapped up in Thomas’ drama."

For the uninitiated — Ashley started dating former castmember Thomas Ravenel and said some frankly pretty gross things to Kathryn, the mother of Thomas' children, including calling her "nothing but an egg donor." Thomas, since the last season finished airing, has been accused of sexual misconduct in allegations detailed by People and was arrested on charges of assault and battery. He reportedly has not yet entered a plea. Bravo has cut ties with the star and he will not appear in further seasons of the show.

It's too early to tell what kind of waves Eliza is about to make in a group as contentious as this. But sticking with Ashley doesn't seem like such a good idea. Based on the Season 6 trailer, she seems to like to make a lot of unnecessary noise at a party. That's dangerous energy for anyone in this group. I wish you luck, Eliza. Make smart choices. You could be kicked out of town at any moment.