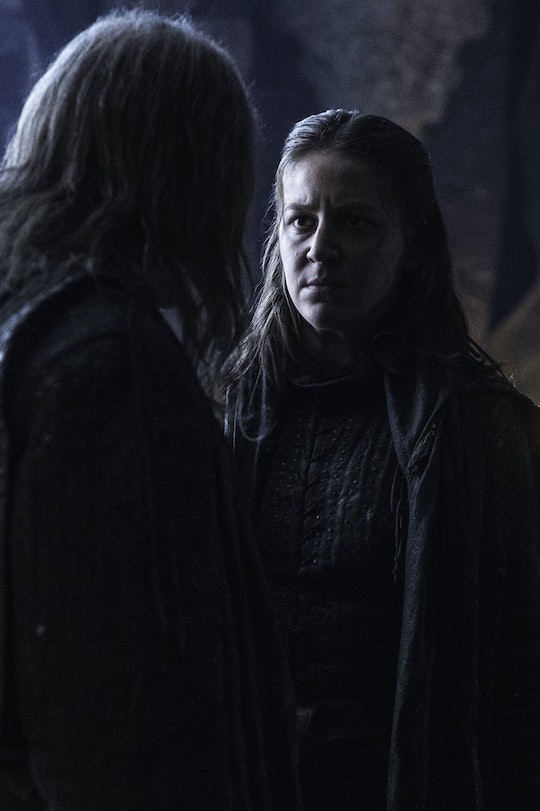 Who Is Euron Greyjoy On ‘Game Of Thrones’? He Wants The Iron Islands

Just when we thought the next major thing to happen to the Iron Islands would be Theon finally returning home, as himself and not Reek, they go and bring back Euron Greyjoy. He was last featured in Season 1, so fans are probably asking, who is Euron Greyjoy and what does this mean for the Iron Islands? If you remember, we first heard about Euron in Season 1 of Game of Thrones, but in more recent seasons, haven't been privy to any appearance of his. The important thing to remember, though, is that Euron is the (former) Lord Balon's cooler younger brother. Like an Uncle Jesse, here to take over the place and make it hip to be in the Iron Isles again.

This is right on schedule for Theon to return, as his former self, sans penis, and make an interesting subplot to fight for control over their people because you know that's what is in store. You didn't think Theon would return home and live happily ever after with his dear sister, did you? The formerly exiled Euron has returned, as one wold expect, to take over for his older brother and be the Lord ruler of the Iron Isles. And, thanks to a wind storm and swaying rope bridge, was able to easily get Balon out of the way for his return home.

In the books, Euron is known for being as much of a sadistic freak as we've come to expect from rulers in Game of Thrones, and ends up being an eyepatch-wearing, pirate sort of figure who fancies cutting the tongues out of the mouths of his ship crew to keep them quiet. Also in the books, Balon's death goes pretty much exactly the same way as we witnessed in Sunday's episode of Game of Thrones, so getting to see Euron saunter back into his home castle is probably going to look suspicious, just as it did in the books. But, since there will be no way to prove anything, we can probably expect some intense power play between Euron, Theon, and Yara.

Until now, Yara has been Balon's only living child to even come close to living up to his high expectations, so naturally, she will assume that her place in Pyke will be to rule over their people. And Theon will be returning to try and become some semblance of the man he once was, though more honorable this time around we hope. And in will walk Euron, ready to mess stuff up.