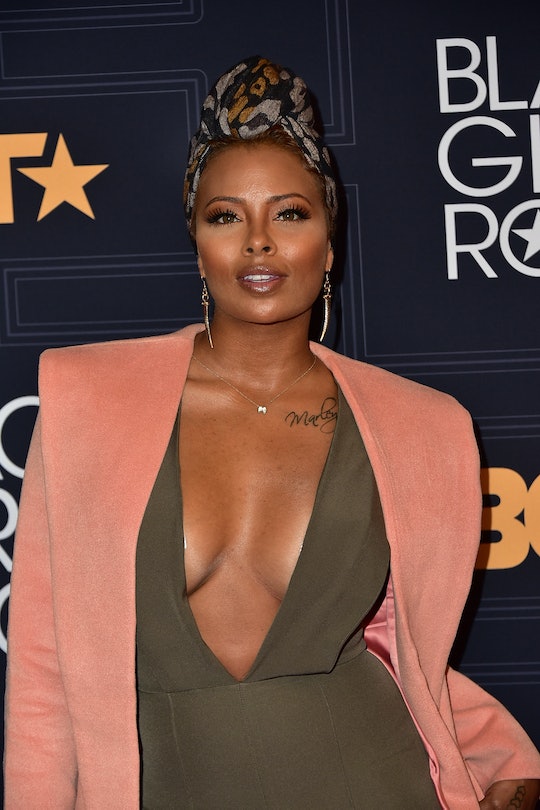 You might recognize Eva from the actual soap opera The Young and the Restless, where the 32-year-old played a young mother named Tyra Hamilton. She was also the winner of the third season of America's Next Top Model, and since then has appeared on the cover of numerous magazines, such as Essence, Brides Noir, and Women's Health and Fitness among others. She's also been part of DKNY, CoverGirl, and Samsung campaigns.

Her film and TV credits are not so shabby, either. She's had a handful of appearances on shows such as Everybody Hates Chris, Smallville, and Tyler Perry's House of Payne, and hosted Rip The Runway and My Model Looks Better Than Your Model on BET. Eva's also been in a bunch of music videos such as 50 Cent's "I Get Money" and Jamie Foxx's "DJ Play A Love Song."

In addition to being a star in her own right, she's also the mom of a 3-year-old named Marley Rae, whom she had with her ex-boyfriend Kevin McCall. They split in 2015. So what does Eva think about joining the Atlanta crew? She recently told Us Weekly in early October, "I'm so excited to join NeNe [Leakes] and the ladies for the 10th season of RHOA. Atlanta and America, get ready!"

However, she's not going to be an official housewife, according to E! News. Instead, she'll be joining the women at parties and such as a "friend" of the housewives, but that could change if she gets along with the women. (Or doesn't and helps bring in the ratings.)

She was previously on reality shows with friends and told Rolling Out in an interview that it was really hard. Eva said at the time, "It was a labor of love and I don’t regret any of it, but it wasn’t the easiest job to do, because it wasn’t just a job. You have real people that you have relationships with and mixing business and friendships you have to proceed with caution."

Eva added, "It wasn’t perfect, it definitely tried our friendships, but at the end of it we’re all still intact. In the show you see how business can go wrong and how each person deals with each situation. I usually like to do the fun stuff and just have fun with my friends." So maybe it's better if she stays off to the side and just gets semi involved in the drama on Bravo.

That's part of the fun of being on a reality show, though. But the women you see on RHOA, or any reality TV show, aren't exactly the same as they are in real life. "Just like every person, you’re like an onion," Eva said during the same interview. "There [are]many layers to a person. On a TV show, you don’t get a chance to see everything about a person." So don't make any snap judgements about the newest addition to the Atlanta group.

Knowing the other women, Eva will likely fit right in with the raucous and glamorous crew.