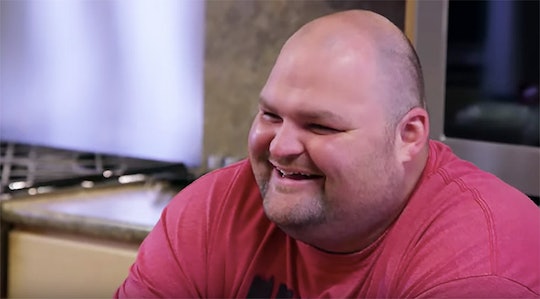 Teen Mom OG's Gary Shirley didn't know the identity of his father growing up, a dilemma he spent the last two seasons of the show trying to solve. After a heartbreaking false lead, Gary decided to hire a private investigator to crack the case, a move that led him to his biological dad. Now fans are curious about exactly who Gary's father is.

Gary originally thought a man named Jody Patterson was his bio dad. Jody hooked up with Gary's mom, Carol Zizak, while she was dating his brother. Making matters even more complicated? Jody went on to marry someone else, which is why he never tried to figure out whether or not Gary was his kid.

Yes, this story has many twists and turns.

Jody reunited with Carol in Season 7 of TMOG, and the couple even considered marriage. Gary was hopeful that Jody was his father because it would give him the tight-knit family unit he never had.

"I mean like, I've forgiven him for not being there and we are where we are now, where he's a part of my life," Gary said about the topic of Jody, according to In Touch Weekly. "So I want him to be my dad but ultimately, I don't know."

Sadly, it wasn't meant to be because a DNA test confirmed that Jody isn't Gary's dad.

“I’m still processing the DNA test. I’ve always thought Jody was my Dad,” Gary revealed about his heartbreak, according to In Touch Weekly. “Learning he wasn’t makes me feel like there [is] a huge hole in my life. I fill that hole by trying to be the best dad to my kids.”

Devastated but undeterred, Gary sought out a private investigator to help with his search. The investigation led to a man named Mike, who established paternity via a DNA test. That's right, folks — Mike is Gary's dad.

"That's good, I was gonna be so heartbroken [if the test was negative]," Mike told Gary when he learned about the results, according to Too Fab.

Gary told Mike that he's welcome to meet his grandkids, Leah, 10, and Emilee, 3.

“We’re going to be able to start a relationship if you want that," he explained, according to MTV. "At some point, you can meet the kids. They’re great kids. It’s nice to have an ending to my search. It couldn’t have ended any better.”

As for Mike's background? Not much is known about him except that he has other children.

"My kids, they're excited to meet you," Mike told Gary.

"That's because I'm their big brother," Gary said, with Mike laughing, according to the Daily Mail: "The biggest!"

As you can imagine, fans are thrilled about Gary's happy ending.

"I was so happy to see you meeting him and even happier to see his enthusiasm over getting to know you and your family," someone else said. "Hopefully this is the start of a great relationship for you both and your families."

Another person chimed in: "I’m very happy for you. I was moved by your dedication in finding your father. You and your kids deserve it. Congratulations!"

Congrats to Gary and Mike on their budding relationship as father and son. I don't know about you guys, but I can't wait to watch their journey unfold.