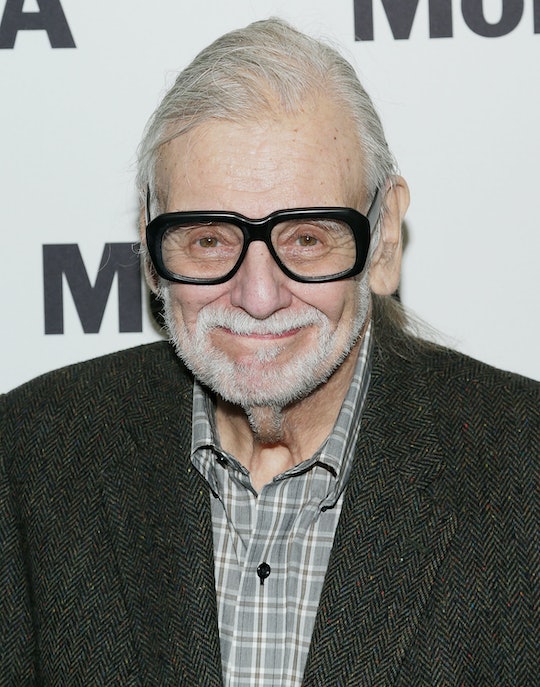 The premiere episode of The Walking Dead Season 8 honored George Romero right before the credits rolled, dedicating "Mercy" to his memory. In the past, the show has recognized deceased cast and crew members by dedicating episodes to them, and similarly honored John Bernecker, the stuntman who died on set due to complications from a fall while the eighth season was still in production. The difference is that Romero didn't work on The Walking Dead. However, knowing who George Romero is makes it clear he had an influence on the series even though he wasn't a part of it.

Romero, who passed away on July 16, 2017 at seventy-seven years of age, was considered a visionary when it came to zombie movies. In 1968, he wrote and directed the cult classic Night of the Living Dead, which went on to spawn two sequels and provide endless inspiration to zombie aficionados. The films were beloved by fans and critics alike, and they became definitive installments in the zombie genre. It's no surprise that his films would have had an impact on the people who work on The Walking Dead, though it's interesting to note that Romero himself was not a fan of the series.

In an interview with The Big Issue, Romero explained that he had been asked to work on a few episodes of The Walking Dead but chose not to become involved with the series. "Basically it's just a soap opera with a zombie occasionally," he said. "I always used the zombie as a character for satire or a political criticism and I find that missing in what's happening now." Though Romero was a fan of The Walking Dead comics and Season 1 showrunner Frank Darabont, he simply felt the show wasn't in line with his vision.

"My zombies are sort of my own," he said to io9. "I didn't want to be a part of it. Producers called and said, 'Do you want to direct some of these?' And I said no. Because I just didn't think it was me." Romero may not have been the hugest fan of The Walking Dead, but his issues with the evolution of the zombie on film wasn't limited to the TV series.

In an interview with The Telegraph in 2013, Romero was asked about the changing nature of zombies in media, particularly because his films had defined the genre for so long and some of the newer films delivered twists that deviated from Romero's own preferences. Movies like Zombieland, World War Z, and the Dawn of the Dead remake took a formerly niche horror creature and parlayed it into big budget spectacle, but also didn't necessarily have the metaphorical and social consciousness that Romero aimed for. Like The Walking Dead, they didn't utilize zombies in the same way Romero would have.

But despite Romero turning down a directorial gig on the show and openly criticizing some aspects of it, there was obviously no bad blood between the Father of the Zombie Film and the most popular zombie series on TV. The dedication to Romero at the end of "Mercy" showed that The Walking Dead recognized his influence and appreciated it, even if they had different ideas when it came to making the best of an undead menace.

Romero is survived by his wife Suzanne and his children Tina, Andrew, and Cameron. He had a career that spanned decades and mediums, sprawling across film, television, and comics. There's no denying that the significance of his work is still being felt years later, made evident by The Walking Dead paying tribute to him in the Season 8 premiere. One could draw a direct line from Romero to Rick Grimes if they wanted, and without one who knows if fans would have the other.