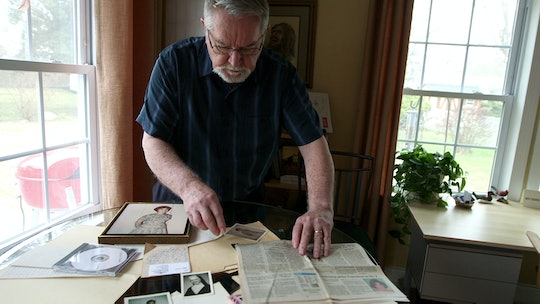 Gerard Koob Has Close Ties To 'The Keepers' Case

Netflix's latest true-crime docuseries The Keepers premieres this month and it promises a deep dive into the 1969 murder of Sister Cathy Ann Cesnik, a 26-year-old nun and high school teacher who lived in Baltimore. Cesnik was believed to have information about alleged sexual abuse about faculty member Father Joseph Maskell, which was supposedly taking place at the high school where she taught drama and English. One popular theory is that she was murdered by someone in the church in order to silence her and avoid a sex abuse scandal. The Baltimore Archdiocese refuted the theory in a statement to Romper stating that "Father Maskell was never considered a suspect in that murder. He was interviewed once. One of the victims claimed that she had a recovered memory of his involvement in her death, but he was interviewed and never charged." The disappearance was reported by a local priest, but who is Gerard Koob on The Keepers? He was revealed to have a pretty strong connection to the case.

Koob is a former priest who has since converted, become a Methodist minister, and gotten married. But at the time of Cesnik's disappearance, he was a Jesuit priest living in Annapolis. He was the first person Cesnik's roommate, a fellow nun named Sister Helen Russell Phillips, called when she realized Cesnik had gone missing around 11 p.m. the night of her disappearance. It's an odd detail of the case that Phillips turned to the church instead of police when a crime had taken place, and, according to Louis George “Bud” Roemer, a homicide detective on the case, it suggests Koob knew more than he was letting on.

Koob arrived at Cesnik and Phillips' apartment with another Jesuit brother soon after the call was placed, and, together, they decided to contact police around midnight that night when Sister Cathy failed to return home. They called in Cesnik's disappearance and, after speaking with police at length, they reportedly decided to go for a walk at 4 a.m. to calm their nerves after the ordeal. When they returned, they claimed to have found Cesnik's car abandoned in front of the apartment complex. No evidence suggesting her whereabouts or what had transpired was found inside the car.

According to a 2015 HuffPost feature on the case, Koob had been in a romantic relationship with Cesnik at the time she went missing. In fact, prior to her taking her final vows as a nun, he had asked her to marry him. “I said, ‘If you decide to leave, we’ll leave and get married,” Koob told the outlet. She declined the offer, but the two of them continued to write love letters to each other.

An investigator close to the case also claimed that, just as police were beginning to deeply probe Koob as a strong lead, the Catholic Church intervened and asked the Baltimore County Police Department to back off. According to a Baltimore Sun City Paper story on the murder:

'We thought Koob was about to break,' retired Baltimore City homicide investigator Harry Bannon says. 'And then the church lawyers stepped in and they talked to the higher-ups at the police department. And we were told, 'Either charge Koob with a crime or let him go. Stop harassing him.'

'After that, we had to break away from him,' Bannon continues. 'And that was a shame, because I’m sure Koob knew more than he was telling. We never did solve the case, and I think part of the reason was that we had to back away from Koob.'

Koob is featured in The Keepers in present day, revisiting the case. Whatever fresh insights he may be willing to provide this time, you can catch then when The Keepers drops on May 19.