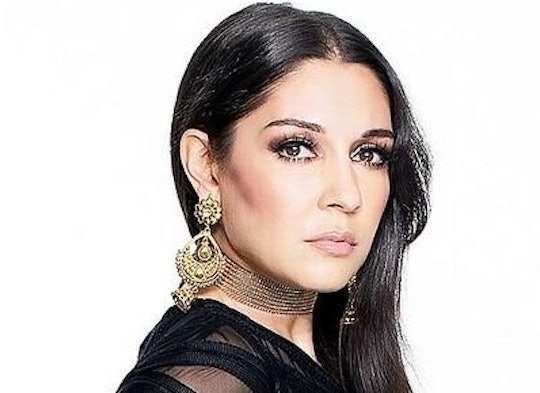 This 'Real Housewives' Star Is Going To Bring The Drama

Born in Iran, Gilda was once dubbed the Princess of Paritai and was previously married to Auckland property magnate James Kirkpatrick, with whom she had two children with before they divorced in 2015. Now Gilda resides in Paritai Drive’s well-known "wedding cake" house where she raises her sons, Lucan and Kyan. She works as a designer at Rascals, an advertising agency.

James and Gilda had a 43-year age gap, and seeing that her husband was already incredibly wealthy, Gilda instantly became a subject of public interest and a mainstay in New Zealand tabloids. Her marriage is not all she is, though. Her family history as traders stretch back centuries into the Persian empire, and her parents were major players in Iranian politics.

Her official cast profile on Bravo's website calls Gilda "the queen of the social scene" in Auckland, well known for her feisty temperament. (Meaning that she'll probably be the source of a lot of drama.) Since the show has already aired in New Zealand, international audiences have had the chance to be charmed by her sassy, take-no-prisoners attitude. She became well known for having a one-liner that would make Mariah "I don't know her" Carey proud. Her official tagline for the season? "I never start a fight I can't win."

While she may be unafraid to get a little crass on the show, Gilda has written a children's book series called Astarons. The educational sci-fi comics are targeted towards kids ages seven and up, telling the story of eight superheroes — all based off each of the planets — on a journey through the solar system where they explore the galaxy and learn what the universe is all about.

The best Housewives are the ones unafraid to speak their minds, and it seems like Gilda will fall into that category. She is much more than just a tabloid figure or a woman who married rich, and I'm on the edge of my seat to see how she plays into the show.