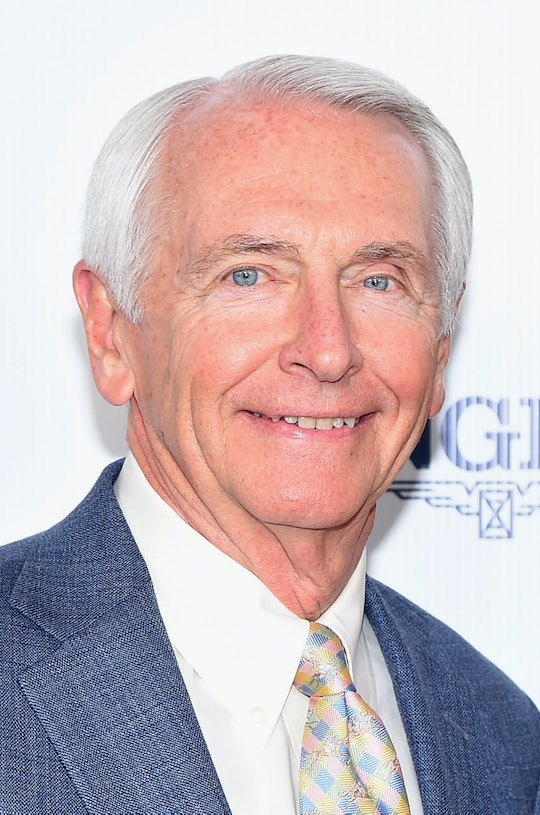 After a rocky first month in office, President Donald Trump will be giving a quasi-State of the Union address Tuesday night to members of Congress. The address, though not officially pegged as a State of the Union speech, will likely look like one in regards to the topics Trump has chosen to discuss. While Trump will be representing the Republican party, the Democrats in Congress will also have a chance to respond to Trump’s speech. And with controversial and divisive topics such as health care and immigration on the table, the question of just who is giving the Democratic response to Trump’s State of the Union-style speech a totally valid one.

Former Kentucky Gov. Steve Beshear will be delivering the party’s response to Trump’s remarks Tuesday night. Beshear, who served as governor from 2007 to 2015, is a longtime Democrat, with mostly liberal tendencies, from a deep red state. President Barack Obama even previously referred to him as “a man possessed when it comes to covering his commonwealth’s families,” according to The New York Times. And since so much of the results of the 2016 election were preceived to be due to the large divide between so-called “coastal, liberal elites” and the “conservative heartland,” this choice was a smart one: While the “heartland” won, and the dissonance between the two seeming sides has caused a lot of tension since, Beshear has emerged as the exception to the rule.

The Democratic party has borne much of the public’s criticism since email leaks out of the Democratic National Committee last year showed staffers appearing to favor certain presidential primary candidates over others. But with Trump’s election, the accepted rallying cry from Democrats and liberals across the nation to come together as one have largely been successful. Choosing a Democrat from a widely-Conservative, southern state, seems to be yet another wise strategic move from Democrats to portray a sense of unification among the party and prove conservative rivals wrong. And, based on his past remarks and political actions, it seems that Beshear will deliver.

Obama’s claim that Beshear is a “man possessed” points to his astounding work with the Affordable Care Act, specifically in getting the citizens of Kentucky insured. According to CNN, Beshear “expanded Medicaid, accepting federal money to provide health care for those on the lower end of the income spectrum, and presided over the implementation of Kynect, the state exchange.” Notably, he lowered the uninsured rate in Kentucky from 20.4 percent in 2013 to 7.8 percent in 2016.

Calls to feature younger movers and shakers among the Democratic party, in an attempt to rally millennials and other generations, seems to have been largely ignored. However, the strategic move to instead shine a spotlight on a man who hails from a coal-mining, Trump-supporting red state speaks to the fact that Democrats are looking to the future anyway, and aiming to capture the attention of those already disenchanted by Trump and his Cabinet.

The Democratic party is still working to come together in the wake of a Trump presidency and a Republican-controlled Congress, and Beshear’s retort to Trump’s speech with hopefully conceptualize the sentiments from this statement that he posted on his Facebook on Feb. 24, after being invited to be the party’s rebuttal speaker: “Real leaders don’t spread derision and division -- they build partnerships and offer solutions instead of ideology and blame.”