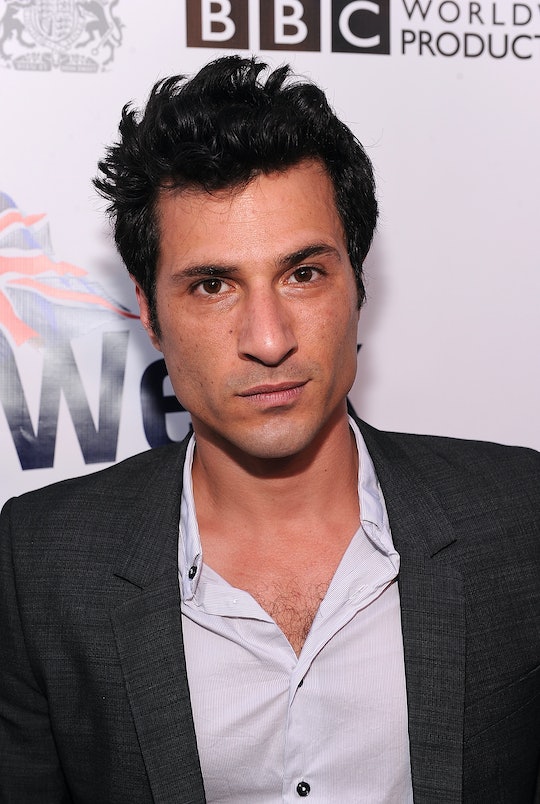 Warning: this post contains spoilers from Season 2 Episode 1. The second season of Jessica Jones is finally here and while it's so great to be reunited with some of our favorite characters, it's also fun to meet some new faces as well. In the very first episode, viewers were introduced to a news reporter named Griffin Sinclair, but who is Griffin on Jessica Jones?

Played by Graceland actor Hal Ozsan, Griffin is a famous TV news anchor. He doesn't appear to be in any Marvel comics so he's a brand new character made specifically for the show, which means no one really knows what his story will be. Besides being semi-famous, he's also Trish's new boyfriend. Trish hasn't had much luck in the love department. Her last boyfriend, Will Simpson, worked with Doctor Kozloz, who worked for the mysterious company IGH that both Trish and Jessica believe are responsible for giving Jess her abilities. Will took Combat Enhancer drugs he got from Kozlov, which turned him into an unstoppable killer.

The last fans saw of him, he was being taken into custody by Kozlov, which means he could very well show up again, and he may already have, but that'll probably become clearer later. For now, Trish is focused on her new beau, Griffin. Not only do the two have similar professions, but they make a very cute pair. They're also smart enough to know it's best to keep business and pleasure separate, so they don't discuss work together.

Griffin also seems to get along well with Jessica. When Jessica had to call Trish to come bail her out of jail, Griffin went with her, not the least bit perturbed that Jess called them away from a charity event they were supposed to be attending. In fact, Griffin even offered to skip the event so they could stay with Jessica in case she needed anything, but Jessica declined.

He was then seen being totally courteous to fans who asked him for a picture, and he was altogether polite to pretty much everyone around him. Then, when Trish thought she may have seen someone outside of the charity event (could it be Will?), Griffin took it in stride, carefully leading her away from the doors and back towards the party.

Basically, Griffin is the perfect boyfriend. He's great to Trish and seems to be an all-around good guy. But is he too good to be true? With this show it's definitely a possibility. Almost every character has kind of secret or dark past, and new members are usually not to be trusted. For now, Griffin should be guilty until proven innocent, in my opinion.

Trish has been manipulated before, and although she's smart and can certainly take care of herself (she even hints at becoming Jessica's sidekick in the Season 2 trailer), she'll always be a target because of her vigilante connections. Sure, Griffin is famous and has a nice smile, but that doesn't mean he doesn't have some secret agenda. Perhaps he's even working for IGH and is just getting close to Trish to see how much Jessica knows. Anything is possible, unfortunately.

Hopefully, this isn't the case though and Trish has actually found someone who loves her and can deal with her vigilante best friend. Trish deserves to find someone that treats her well and who she can be happy with. She's been through a lot and it's time for her to get a happy ending, so it'd be nice for this relationship to be legit. Still, I'm just not buying it. Either Griffin is up to something or this relationship is not going to end well. No matter how this ends up playing out, I just can't imagine this coupling will last.