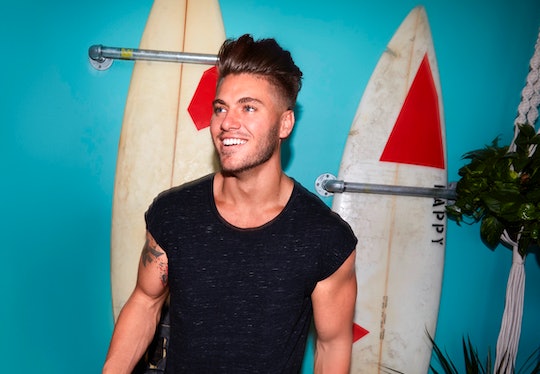 Gus From 'MTV's Floribama Shore' Is Looking For Love

According to his cast bio, Gus is a "southern charmer" who is respectful to everyone, especially women, which puts him in an awkward situation in the house when a battle between the guys and girl ensues. When he was 17, he was kicked out of his house and he had to grow up fast. However, based on his social media, he's since rekindled a relationship with his family, or at least his mother and little sister, whom he now tries to spend time with regularly.

Still, after not getting to enjoy himself when he was younger, Gus is now ready to let loose with a summer of fun and live it up with his housemates. However, what he's really looking for is the perfect woman he can marry, and apparently, he'd like to get married sooner rather than later. Could his future wife be one of the ladies in the house? Possibly.

Entertainment Weekly released a clip from the series that shows house guests Nilsa and Kortni praying for some hot guys in the house, so they're definitely looking for some romance. However, because Jeremiah was the first man to walk into the house, he caught the ladies' attention first. That doesn't mean Gus is out of the running though, especially after Jeremiah dabbed and Nilsa quickly became unimpressed with him. Besides Nilsa and Kortni, Gus could also possibly find himself involved with his other roommates Aimee or Candace.

Though Gus is certainly looking for love, he also builds a friendship with his roommate Kirk, who he shares a similar past with. Perhaps Kirk will be Gus' wingman in the house.

Outside of being cast in Floribama Shore, Gus is also a book cover model. Most recently, he was chosen to be Luc in Jennifer L. Armentrout's upcoming book for her Lux series. The book won't come out until Fall 2018, which is still a ways away, however, you may have seen Gus's face on a number of other books, particularly in the romance genre. Gus doesn't just do book covers, however. He's also modeled for Armani's fragrance line.

Gus has already built a big social media following for himself, which includes 12.5K followers on Instagram and over a thousand followers on Twitter. No doubt, these numbers will only grow now that he's on a TV show. For now though, it's clear Gus is already doing very well for himself. It'll be interesting to see how his roommates react to learning that he has such a huge following and is on the cover of a number of books. Will they be impressed or think it's no big deal? Thankfully, you won't have to wait long to find out.

The series premiere of Floribama Shore premieres tonight at 10 p.m. EST on MTV, and will begin airing internationally in December. Whether you were obsessed with Jersey Shore back in the day or just love the drama that reality TV always brings, you'll probably want to give this show a watch. It may just become your new obsession.