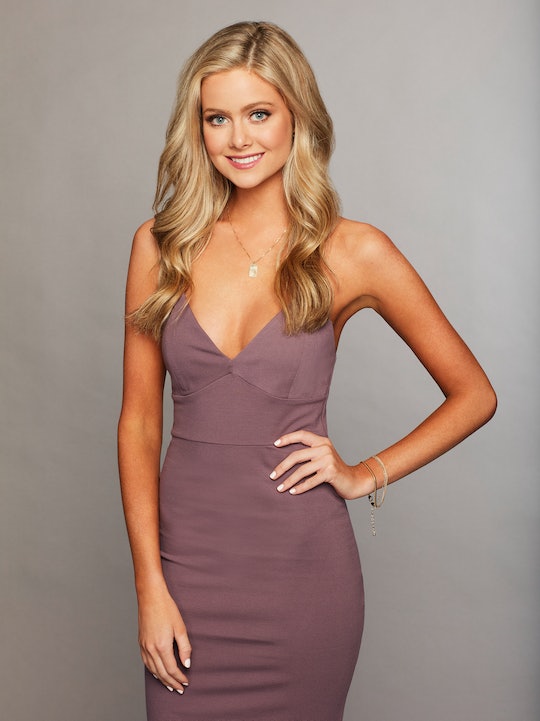 This 'Bachelor' Contestant Already Has A Pretty Large Online Following

As Colton Underwood's season of The Bachelor approaches, you can count on the reality show's ultra fans to already know all about each contestant. For example, a contestant named Hannah Godwin, aka Hannah G., is already drawing attention — possibly because she is a little bit Instagram famous. Who is The Bachelor's Hannah Godwin?

According to Hannah's bio on ABC's website, she is a 23-year-old from Birmingham, Alabama who works as a "content creator." What exactly does that entail? Well, as per ABC, Hannah is "both the photographer and model for her burgeoning social media business." Hannah actually further elaborated on her career on her website, HannahGodwin.net. She explained that she went to school to study photography, but wound up graduating with a degree in business marketing. In 2013, when she was about 18 years old, "Modeling stumbled across [her] path," and she's been working as a model since then. "I've combined modeling with photography to become an influencer — so that's how that happened," she wrote.

Hannah's website is full of photos of her modeling, as well as a few music videos she has appeared in, including Darius Rucker's "For The First Time." Her photography, which includes weddings and graduations, is also featured on her website, as well as flatlays that she designed and photographed, and even some graphic design.

Hannah's website also has a blog section, where she writes about fashion, beauty, and lifestyle. Although she hasn't written a post since summer 2018, her blog still reveals a lot about her career path and her upbringing. In a post from August 2018, she opened up about what she has learned from her career as a model and content creator. She wrote:

What I learned? Yeah, yeah, I've been lucky... I'll admit it. BUT I've also been told no way more times than I've been told yes. Being rejected is one thing, but the jokes on YOU if you give up from it based off of one agency who declines you!

It's clear that Hannah is a driven, goal-oriented person. I'm honestly not surprised that she's on The Bachelor this season, because someone like her would probably keep applying over and over until they get accepted. It will certainly be interesting to see how her and Colton's relationship unfolds on the show.

So far, Hannah has only shared one post about The Bachelor on her Instagram. Last month, she posted her official ABC headshot with the caption, "Pic or it didn’t happen... and uhhh, it happened," adding a reminder that the season premieres on ABC on Jan. 7.

Most of Hannah's Instagram posts are photos of herself casually modeling in her day-to-day life. And I don't blame her, because she is pretty darn photogenic.

She also sometimes shares her photography.

Oh, and in case you didn't already notice, Hannah has 76,000 Instagram followers. Not too shabby. And not surprising, considering how gorgeous her feed is. It will be exciting to see if she and Colton hit it off when The Bachelor's new season debuts on ABC on Jan. 7. at 8 pm.