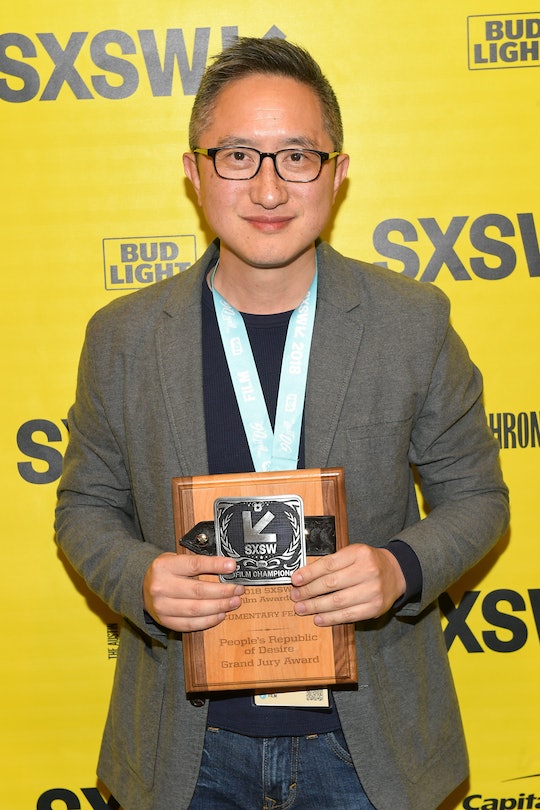 In case Netflix doesn't have your whole heart, the global giant aims to change that with its new short documentary, All In My Family. The 39-minute film is all about being true to yourself — even if it goes against traditional family values and expectations. Once you watch the trailer, you'll be asking yourself "who is Hao Wu and how can I watch everything he's ever created?" Rest assured, my friends — I've got you covered.

Wu is the creator of All In My Family and it is his story. But before he was a celebrated documentarian, he had a whole other life which included two master’s degrees; one in microbiology and another in business. Way back in 2011, Wu was a top executive in the Chinese Internet industry — but traded it all to pursue filmmaking. His commitment to making documentaries actually led to a 140-day detention by Chinese authorities when he was found making a film on the politically fraught world of China's underground Christian churches. So you could say he's pretty committed.

Many of Wu's films mirror his own experience as a dual citizen of the United States and China, where he was born and raised. His first film, Beijing or Bust, followed six American born Chinese people living in Beijing while his film People’s Republic of Desire dove into the murky world of livestreaming in China.

In the interview with SupChina, Wu explained his continued interest in the technology and internet space saying he is, "particularly passionate about the Internet and high tech because the industry allows you to be creative." He also explained that he splits his time between the US and China, though he feels closer to China. He explained:

My life now is almost like 60 percent China and 40 percent here, and while I do care about what’s happening here, I still understand China much better than the U.S., and because my connection to that country is still stronger, I tell stories about China.

Of course, if you really want to get to know this filmmaker more, you should check out the autobiographical Netflix documentary. As the director, writer, and producer of All In My Family, Wu reveals a heartfelt portrait of the life he's made in America juxtaposed with his Chinese upbringing. As the only male heir in his family, Wu was raised to be the best at pretty much everything: build a successful career, get married, and have children. Wu did all of those things, just not in the way his parents may have wanted.

All In the Family sees Wu coming out to his parents, introducing them to his husband, and having children. Unfortunately, his sexual orientation did not align with his traditional parents' world view, leading to a wrenching conflict between them.

It's a very real conversation so many fear having — so to see it on this platform could be life-altering for some viewers.

Hao Wu may be considered controversial with some of his filmmaking, but that doesn't make his art any less important. Sometimes — like with All In My Family — it's arguably more so.

More Like This
The Best Movies Airing On Freeform’s 31 Nights Of Halloween In 2022
'The Proud Family: Louder & Prouder' Is Returning For Season 2 On Disney+
The Best Family Movies & Shows Coming To Netflix October 2022
The Addams Family Is Not Exactly As Kid-Friendly As You Remember