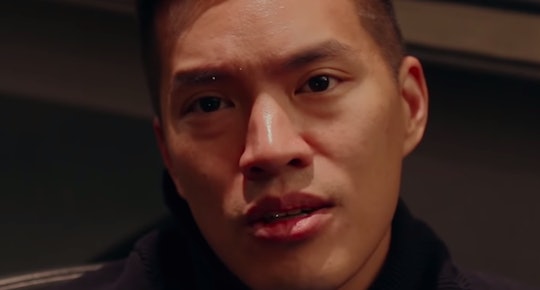 In today's heartwarming news, Netflix released a new docu-short, All In My Family, which showcases the contrast between filmmaker Hao Wu's traditional cultural upbringing and his true identity. For 39 minutes, watch American dreams conflict with cultural expectations as Wu comes out to his parents and urges them to accept his husband and their growing family — despite their traditional values and cultural misgivings. You'll want to know who Hao Wu's husband is to really appreciate this documentary and its celebration of love.

If you're waiting in suspense for an answer about who Hao Wu's husband is in All In My Family, I am, too. His name is Eric, and the trailer shows him, Wu, and their adorable new baby all together. But not much else. From what I can tell, he's pretty private. And honestly, I can't even be sure if the Eric I've searched is the right Eric. I can tell you based on the trailer alone, the two look like they're about to go through a challenging time as Wu confronts his parents about his sexuality and his relationship with Eric. Talks about children, China's one-child policy, and traditional expectations all complicate the discussion. Eric doesn't say much in the trailer at least, but when asked if he is bothered by "all this," he sagely responds, "I think it's all part of being in a family."

Wu wrote, directed, and produced the short, capturing his life as a singular Chinese male descendent who was raised with a very specific set of life guidelines he was to abide by. He was supposed to excel in school (which he did), get the superb career (which he did a few times over), marry, and have children (which he also did, just not in the way his parents expected). What unfolds is sure to be a tearjerker as you're witness to the most raw, vulnerable conversations about identity and culture, and how Wu fits in between.

In an interview with CinemaEscapist, Wu discussed his path to filmmaking saying, "I always wanted to tell stories. I was more on the liberal arts track but my parents pushed me into science." He went on to talk about having gone on to a PhD program at Brandeis University, but left with a masters and then quit science altogether. He then got his MBA and worked for a while in Silicon Valley before moving to China. But then things took a drastic turn. "When I went back to China, I started doing documentary filming on the side. After three years in TripAdvisor, I had about 100 hours of footage and I gave myself six months to finish editing the film."

There were a few bumps along the way — including a 140-day stint in a China detention center according to SupChina — but ultimately, it led him to this moment.

I wish I could tell you everything about Wu's husband, Eric. I'd love to know his favorite food, what he does with his free time, and how he feels about the documentary in general. Maybe once the majority has seen the short, there will be more conversations about the mystery man behind the leading man. Until then, it looks like you'll have to settle for his name: Eric.

More Like This
The Best Movies Airing On Freeform’s 31 Nights Of Halloween In 2022
'The Proud Family: Louder & Prouder' Is Returning For Season 2 On Disney+
The Addams Family Is Not Exactly As Kid-Friendly As You Remember
'Yellowstone' Has An Exciting New Cast Member For Season 5