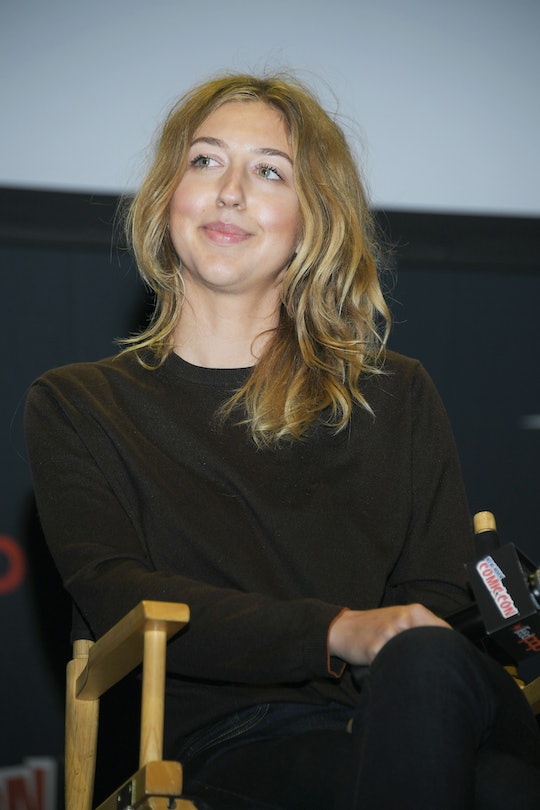 Saturday Night Live returns for Season 43 this month, following a massive Emmys haul two weeks earlier. But collecting awards wasn't the only thing cooking at SNL over Emmys weekend. While its stars hit the red carpet, SNL was reportedly still finalizing the Season 43 cast with the additions of Chris Redd, Heidi Gardner, and Luke Null. So who is Heidi Gardner on SNL? The Groundlings alum finds herself in familiar company.

Her fellow rookies, Redd and Null, hail from Chicago's improv and sketch scenes. Null's musical stylings were honed at iO, while Redd trained both there and at Second City. The casting announcement of the three new featured players was made just four days before the new season premiered, proving that Redd, Gardner, and Null squeaked through some very stiff competition.

They'll be replacing Bobby Moynihan, who recently left SNL after nine seasons to star on his own, multi-timeline CBS comedy Me, Myself, and I, Vanessa Bayer, an alum of seven seasons who snagged an Emmy nom this year in Kate McKinnon's category, and Sasheer Zamata, who served the show for four seasons after making headlines as its first black female hire since Maya Rudolph left in 2007.

The bulk of Gardner's TV roles thus far have been in voiceover work. She plays opposite Bryan Cranston on SuperMansion, an animated series that streams on Crackle, and she also lent a voice to Yasmin, a character on the animated Bratz TV series in 2015. During her two-season stint on SuperMansion, she also snagged writing credits on eight episodes. Gardner is a regular on the podcast Comedy Bang! Bang!, and she'll also make an appearance in next year's comedy film Life of the Party, which was written by and stars Melissa McCarthy. Other 2018 film projects include a role in Making Babies, a comedy from Josh Huber about fertility struggles.

Redd is probably the highest profile new addition, with recent roles in Judd Apatow's SNL alum vehicle PopStar: Never Stop Never Stopping, Netflix's new stoner sitcom from Chuck Lorre Disjointed, and a Comedy Central stand-up special that aired just a couple of weeks ago. Null's only previous IMDB credit, meanwhile, is a role in horror flick The Heart: Final Pulse. But he does bring serious talent to the show as a skilled comedic musician.

The series seems to be sticking to the formula that worked last year, which involved bringing on a slew of new, young writers — eight of them to be exact. This year, seven new writers join the team, with the ink on their contracts still drying the week the show was slated to premiere. I can't wait to see what all these new members bring to the table.