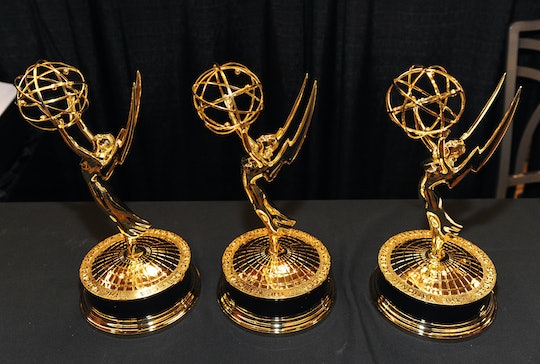 The Emmys Are Handling Hosting Duties Differently This Year

With biggest night in television around the corner, a question that typically comes up before the annual fete of TV entertainment airs is who's hosting the 2019 Emmy Awards? After all, the host of these kinds of festivities is always part of the draw — or not — for both the viewers in the audience and at home. This year, though, viewers will be in for a surprise as things are running differently than years prior.

This year the party will go on without a host, according to The New York Times, just like the Oscars did just a few months ago. While that decision came about when the chosen host, actor Kevin Hart, had some old, controversial jokes unearthed, NBC News reported at the time, the Emmys' choice to go sans host was a proactive one.

Charlie Collier, CEO of Fox, the network on which the ceremony will air, made the announcement in August during the Television Critics Association press tour. According to Entertainment Weekly, Collier explained that the mix of shows being honored this year was part of the decision. "We’ve had a lot of names on the board [internally] but the conclusion was reached this year that we’re highlighting so many shows going away that it was a better use of the time [to focus on the shows]," Collier said last month.

Shows that wrapped this year include awards-favorites like The Big Bang Theory, Game of Thrones, Fleabag, and Veep. Game of Thrones led nominations this year with 32, according to Deadline. And Amazon’s The Marvelous Mrs. Maisel scored a whopping 20 while HBO’s Chernobyl landed 19.

Last year, the Emmys were hosted by Saturday Night Live’s Colin Jost and Michael Che and, as CNN reported, hit a ratings low. The host-less Oscars, on the other hand, saw a jump of 12 percent in the ratings over last year, according to Billboard. "Obviously, that was a piece of information and it did do very well but I think it’s a pretty unique year for some of America’s favorite shows and it was the right thing to do," Collier told Entertainment Weekly.

This will be the fourth time the show has gone without a host, according to Deadline. In 1975 the show aired on CBS without an emcee and did it again in 1998 on NBC and in 2003 on Fox, Deadline reported.

Last month, Jimmy Kimmel spoke out on the decision to go without a host but attributed the Oscars' ratings uptick to something different. "The fact that ratings on the Oscars was higher [without a host] was because the show was shorter, and if they do it again they’ll find that’s the case," Kimmel said in August, according to Variety. He also commented on the difficulty of being a host, something he did in 2011 and 2016, saying: "It’s a no-win type situation. It’s a very difficult job. Even when it seems like it went great, you go home and realize, ‘Oh people didn’t like it.' If you don’t care what people think it’s great."