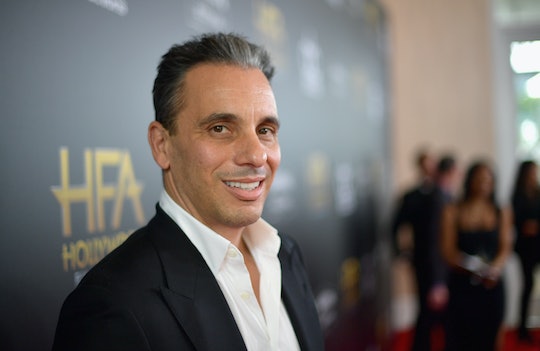 MTV will broadcast its annual Video Music Awards, or VMAs, in just a couple of days, on Monday, Aug. 26. As usual, it's expected to be a wild and entertaining night for viewers at home and all of the exciting action starts with who is hosting the 2019 MTV Video Music Awards. With stand-up comedian Sebastian Maniscalco running the show this year, there will surely be lots of laughs in store.

The 2019 VMAs will be broadcast live from Newark, New Jersey, according to MTV, with celebs gathering at the Prudential Center for the big night. Maniscalco will kick off the show at 8 p.m. EST, and considering the teasers that have been shared thus far, it's seems like there's a funny night in store for viewers at home.

In one 30-second video, for example, Maniscalco "does his best to learn the important names for the 2019 VMAs before he hosts," and well, let's just say, he struggles a bit. "Are you familiar with Cardi B," an Amazon Alex, Siri-type device asks the comedian, to which he responds, "What is that? A spice or, uhh, a supplement?"

If Maniscalco's doesn't sound familiar to you, you're probably aware of his work. The 46-year-old actor and comedian from the suburbs of Chicago has been in loads of stuff.

Earlier this year, in fact, Maniscalco wrapped his stand-up tour, "Stay Hungry," at Madison Square Garden and broke an incredible record in the process that was previously held by Dave Chapelle. According to Billboard, Maniscalco's show sold "the most tickets in a weekend for any comedy engagement in the history of the Garden."

As for his other comedic work, Maniscalco most recently played the pastor in the movie Tag, according to his IMDb page, which also starred actors like Jeremy Renner, Ed Helms, and Jake Johnson. He's also in an episode of Jerry Seinfeld's Netflix series Comedians in Cars Getting Coffee. Maniscalco has also done some dramatic work as well; according to IMDb page, the actor played Johnny Venere in 2018's Green Book.

Beyond his impressive and lengthy résumé, Maniscalco seems pretty amped to host the 2019 VMAs. In a recent interview with CBS This Morning, Maniscalco said he was "very, very excited" to take on the hosting gig, but he added that he's also "a little concerned" because he's never hosted anything before and acknowledged that the VMAs audience is a little different from what he's used to.

"This is like millennial and my audience is, you know, sometimes they need help getting into the theater," he joked to CBS This Morning, adding that "probably three million teenagers were going to google 'Who is Sebastian Maniscalco?'" when MTV announced this year's host.

Even if some teens weren't familiar with Maniscalco before the VMAs, they certainly will be afterwards. With performances from Missy Elliott, Camila Cabello, J Balvin, Lizzo, Taylor Swift, and more in store, tons of people will be tuning in to catch the action and plenty of Maniscalco's one-liners.