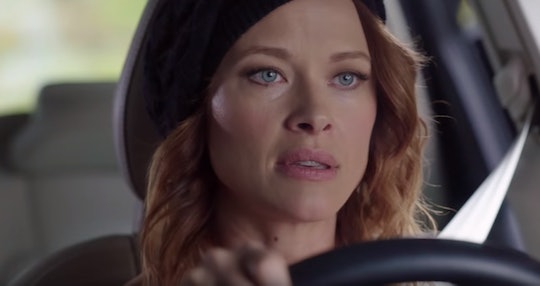 Lifetime’s new movie, My Daughter’s Revenge, is a thrilling mystery that tells the story of a mother who witnesses her daughter being kidnapped and then finds herself at the mercy of her daughter’s kidnapper. The movie has all the dramatic twists and turns you’d expect from a Lifetime mystery, but it also has a cast of actors that you might find familiar. So, who is in the cast of My Daughter’s Ransom?

Actress Scottie Thompson plays the lead role of Rachel in My Daughter’s Ransom, and young actress MacKenzie Blehm plays her daughter, Lindsey. Thompson has been in a number of TV series over the years, but you may recognize her from her recurring roles on shows like NCIS, 12 Monkeys, and The Blacklist. Blehm is a young actress who has a few short films under her belt, including The Pink Jacket and The Gillymuck. Actor Lucas Kerr, known from his recurring role as Clint on Days of Our Lives, plays Rachel's ex-boyfriend turned kidnapper Carter, and Matthew Pohlkamp plays her husband, Tony.

My Daughter’s Ransom begins with Rachel happily chaperoning her daughter’s class on a school field trip to the zoo. As the energetic class races ahead, Rachel sees a man drag her daughter into a van, but when she begins to call the police, she gets an incoming call from an unknown caller. The voice on the line tells Rachel that if she doesn’t do exactly what he says he would kill her daughter. The kidnapper directs her towards a cardboard box containing a body microphone, a wireless GPS transmitter, an earpiece, and a beret with a hidden camera installed. He instructs Rachel to put the equipment on so he can communicate with her and track her while he leads her on a twisted journey to save her daughter.

Eventually, Rachel recognizes the voice on the line as her ex-boyfriend, Carter. He has been harboring feelings of jealousy and revenge for 20 years, so he used social media to track Rachel down, and from there he planned Lindsey’s elaborate kidnapping. But his plans for revenge go far beyond kidnapping. He puts Rachel — who is now at the mercy of his every whim — on a path to destroy her own life, starting with her marriage to Tony.

He tells Rachel to make a pass at Tony’s partner, and then directs her to go to Tony’s office and create a scene in front his staff. Carter makes her to threaten to kill herself and her husband unless Tony agrees to give her an immediate divorce. As much as she wants to tell a confused Tony about what’s really happening, she can’t, because Carter has threatened to kill her daughter if she reveals anything.

Despite her personal life crumbling around her, Rachel has no choice but to obey Carter’s instructions, because she knows her daughter’s life is at stake. Carter uses her desperation to make Rachel steal hundreds of thousands of dollars from her family safe to give him as ransom. In a last ditch attempt, Rachel tries to fight Carter, and get her daughter out of his clutches.

My Daughter’s Ransom has everything you’d expect from a great Lifetime mystery. And with its amazing cast and riveting storyline, it’s the perfect Thursday night adventure.

My Daughter’s Ransom premieres on Thursday, Jan. 3, at 8 p.m. ET on Lifetime.