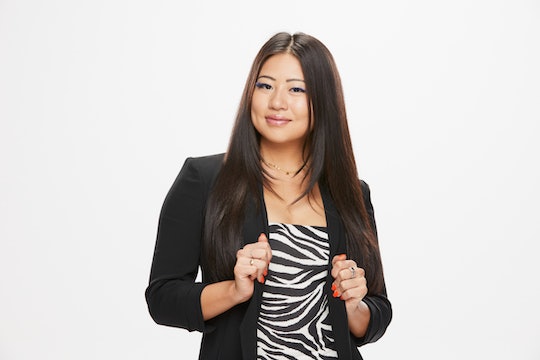 Big Brother is coming back for another season with a whole new cast of houseguests. Each guest brings something different to the table in terms of skills and personality, but there's one who fans are already buzzing about ahead of the Season 21 premiere. And that's Isabella Wang. The New Jersey native's CBS profile, and brief appearance in the trailer for the upcoming season, captivated audiences and they can't wait to see what happens when the show premieres. So who is Isabella Wang on Big Brother and what do you need to know before the show debuts?

Wang is dominating much of the buzz about Season 21 of Big Brother and the show hasn't even started. According to her CBS profile, the 22-year-old contestant hails from Mount Olive, New Jersey and currently lives in Los Angeles. Wang works as a public health analyst, which according to River University Online means she's responsible for creating "efficient solutions to health problems" and implementing and coordinating health programs.

Outside of work, Wang appears to be a little unpredictable, as she told CBS she'd describes herself as "spontaneous, reckless, and generous," which is an interesting mix of adjectives. Wang also said her favorite activity is "spending other people's money."

Wang — who goes by Bella, as she told Entertainment Tonight Canada recently — said she wanted to appear on Big Brother after "the opportunity kind of [arose]" and said she's "definitely more of a recent fan of the show." As for what she'll bring to Big Brother? She said fans can expect "a lot of fun, a lot of high energy." Wang also promised to bring "Chinese American cultural ethnicity" and her "structural upbringing" to the house. Still, she told Entertainment Tonight Canada she likes "to have fun" and "lighthearted," explaining:

I like to be kind of someone who has a lot of fun. I don't really take anything too seriously. I think for me, I'm able to see the big picture and know that this is just a game. So the people that I would butt heads with are people who take a lot of things and, like, make that a huge deal and can't remember, like, it's just a game. Someone has to get voted off and people's feelings are going to get hurt, but like you have to be adult and be mature about it.

Fans are already loving her personality. Twitter has been flooded with tweets about comments featured in her profile, and one particular clip of her talking about dealing with her housemates. The video shows the houseguests celebrating and partying after arriving in the house. In the clip, she noted that while she was participating in the fun, she had other things going on in her mind.

"In the back of my mind I'm like, game on," she said in the preview clip. "Don't play me. Like really don't play me because I will cut you. Don't say that 'cause that's bad. I will stab you. I will not harm you physically, but mentally I will destroy you."

One person tweeted about with a clip of the preview, "we WILL be stanning Isabella Wang."

"I'm all for confidence but this is embarrassing. Something tells me from all these answers that Isabella Wang might be our hot mess of #BB21," another tweeted of Wang. A third wrote on Twitter, "we already stan the one and only isabella wang."

Wang appears to be ready to play, but there could be one major hangup in her strategy. While she told CBS she thinks "bribery" will take her far, Wang said in a clip tweeted by Big Brother that she's more of a physical threat than a mental one. She revealed in the video that she "will definitely be doing better in the physical competitions," adding that her "memory is nonexistent." Her competitors might want to take note of that tidbit.

Her confidence when it comes to physical challenges appears to be warranted, as Wang told CBS she once climbed Mt. Kilimanjaro, which is definitely no easy feat. "I climbed Mt. Kilimanjaro... but I didn't tell my mom because for spring break when I asked her if I could go with my boyfriend she said no... so I went anyway," Wang shared as a fun fact about herself, according to her CBS profile.

Big Brother Season 21 premieres on Tuesday, June 25, and Wednesday, June 26 on CBS. Fans will have to tune in to find out how much of a splash Wang really makes on the newest season, but something tells me we're in for quite a ride.