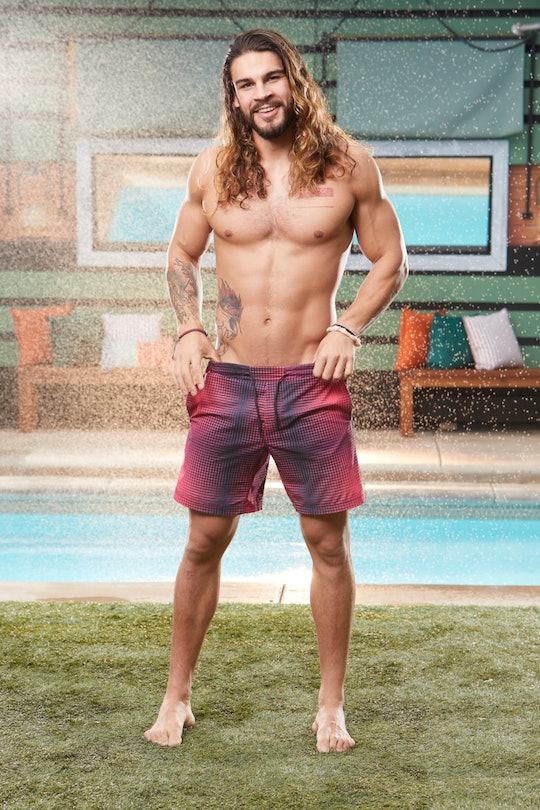 One 'Big Brother' Contestant Will Have You Doing Double Takes

Summer is officially here and that means there are a lot of beautiful people stuck in houses on reality shows to meet.

Who is Jack Matthews on Big Brother? He told ET Online's Johnathan Bennett that he's "incredibly average." This could be a major component of a winning strategy, but there's one part of his personality that might work against him in this game of deceit.

Jack is a fitness trainer from Chicago who currently lives in Florida and can rock a man bun. He's really nice to look at, and that could work in his favor. But I'm a fan since Season 1 of the show who has watched more than one season of live feeds. I know Cross Fit will only get him so far. Big Brother is also a game of social strategy and manipulation. I don't think any winner has left the house with $500,000 and no lies to their name.

The lying aspect of the game is going to be a problem for Jack. When asked if he was a good liar he told ET Online, "Probably not. I wish I could say that I was but I'm really not." In his official bio on CBS Jack also said that his strategy for winning was to "Be honest, have integrity, and good character." I think he's going to have to tweak that strategy a bit to win.

But Jack has the potential to be flexible. He's charmed me through my computer screen and doesn't completely ignore the social aspect of the game. He wants to win competitions but knows it's dangerous to win early. Plus, he has experience with getting to know all different kinds of people. "I'd say my biggest strength going into the house is my ability to listen to people and kind of get to know people," he told ET Online. "I worked in sales forever, and I've also been a coach in Cross Fit and stuff like that." So, he definitely has a shot at sitting in those final two chairs on the finale.

But, I need to back up — because Jack also looks like Aquaman and I need to talk about it. He is the spitting image of Jason Momoa, and that might work to his advantage if there are any DC Comics or Game Of Thrones fans in the house. Shomances are tricky to navigate all the way to final two (in fact, it's never been done). But other houseguests may want to keep him in the game because he's as fun to look at as he is to talk to.

Jack told Big Brother-houseguest-turned-interviewer Jeff Schroeder that he's constantly reminded of his resemblance to Momoa, Men's Health reported. "I get used to it kind of everyday. Whether it's going through the airport or whatever it may be, it's, 'Hey Aquaman, saw your movie, loved it.'"

It's very early to make predictions about who's going to be in the Big Brother 21 finale, but Jack is well-rounded enough that he just might do it.