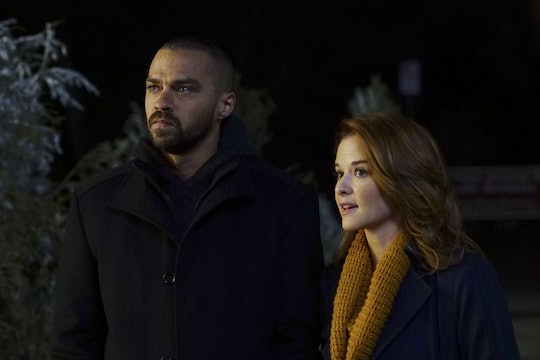 After having a baby of his own, it's not all that surprising that Jackson would become even more interested in finding his own father. While many Grey's Anatomy fans assumed his father was dead, it turns out he may just be a deadbeat. In Thursday's episode, Jackson and April will take a trip to find Jackson's father, leading many fans to ask who is Jackson's dad on Grey's Anatomy?

Right now there's not a lot of information about the guy. So far, all fans know is that he's an Avery, he and Catherine obviously got divorce at some point, and Jackson has either never met him or hasn't seen him for most of his life. Besides that though, Jackson's dad is a bit of a mystery. Fans don't even know his first name or what he does, although one has to assume he's also a doctor if he's an Avery but that may not be the case.

It appears Jackson's known for a while where his father is and has been keeping the information to himself, though based on how the last episode ended, it looks like Catherine knows too. Jackson's impending reunion with his father could explain why he's been acting so mean to April and his mother lately, not that that's an excuse for his behavior.

The new episode will be another "Japril" centered journey, and fans are already referring to it as #JaprilTheSequel on Twitter. The estranged former couple actually take a trip to Montana to perform a complicated surgery on a young patient, according to the episode description. However, Jackson is distracted, which is presumably when his father will come into the picture. It appears his father lives in Montana, which is how they end up looking for him.

Besides the father-son reunion, the episode may see a rekindling of the Japril romance, at least fans are hoping so. However, when asked about the chances of Japril 2.0, actress Sarah Drew, who plays April, didn't give a definitive answer.

"I can tease that there's a real turning point that happens for the two of them," she told Entertainment Weekly. "They're forced to be in the same space working together with no distraction outside of the norm, outside of anybody that they know, outside of any of the history. They're going through something pretty big. They don't start off in the best place when we find them on the journey."

The last episode did not leave the two off in a good place, so hopefully at the very least these two will reconcile and become friends again by the end of the hour.

You can see #JapriltheSequel when it airs this Thursday at 8 p.m. ET on ABC.