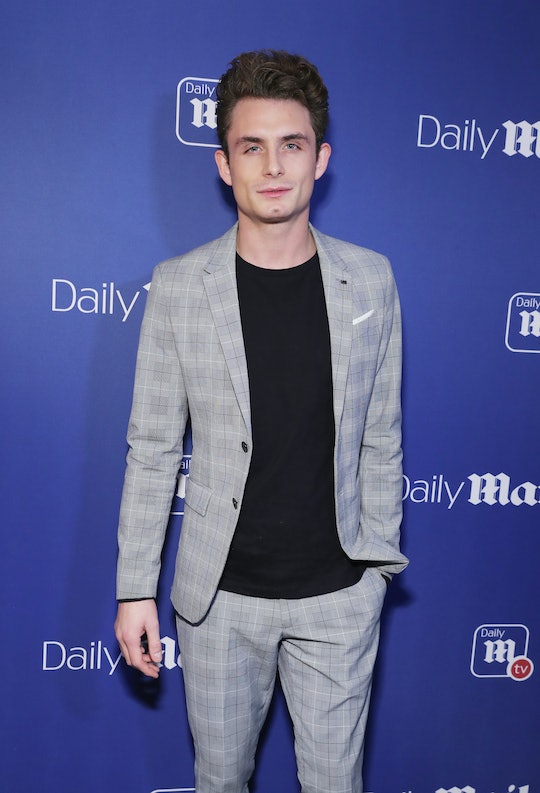 James Kennedy's Brother Might Have An Extended Cameo On ‘Vanderpump Rules’

Season 7 of Vanderpump Rules has heavily focused on family, especially where it concerns Stassi Schroeder and Jax Taylor's relationships with their mothers. As for the latest family member to take center stage? Look no further than James Kennedy's brother, who is trying to land a job at SUR.

After James' parent split up, he was often tasked with taking care of his brothers. From worrying about their emotional well-being to assisting with finances, James is a pretty incredible big brother. And as if he wasn't already doing enough, Monday's episode of VR covers the DJ's attempt to land his brother, Harry, a job at SUR. Harry just graduated from college, and he's hoping to work at Lisa Vanderpump's restaurant a few nights a week while he figures out his next steps.

"He's a hard worker," James said in praise of his brother, according to Bravo.

Not much else is known about Harry, but a few details do stand out. James' brother attended the University of California San Diego after graduating from Beverly Hills High School. He also grew up around late musician George Michael, who James previously discussed in an episode of Watch What Happens Live.

As for Harry's personality? James touched on his brother's strengths in an interview for The Daily Dish, explaining: "They're my best mates. We still hang out all the time. Harry is more the studious, smart kid. And Dylan's a bit of both. He plays soccer, a very good skateboarder. And I'm like the music kid. So we're all pretty creative and get along great. [They're] two pretty dope kids."

Aww. James' love for his siblings is clearly evident.

Speaking of that love, James felt a lot of empathy for his brothers following their parents' breakup.

"It was harder for me because I was basically worried about my little brothers the entire time," he said about the difficult situation, according to The Daily Dish. "One of them's still living with my mom and the other's off to college, so it was just like, 'Are my brothers going to be OK?' They are younger than me. I just didn't want them to go through anything, but through that worrying it obviously made me lose focus a couple of times."

Luckily for Harry and his younger brother, Dylan, they get to spend a lot of time with James these days. Most recently, the trio got together in December 2018 to enjoy a Travis Scott concert, a moment they paid homage to with a group picture.

So, will fans see more of Harry on VR in the future? Viewers are in luck because he was offered a job at SUR during Monday night's episode. Whether or not the gig is a long-term thing, however, remains to be seen.

Editor's note: An earlier version of this post misidentified George Michael as Boy George. The error has been corrected.