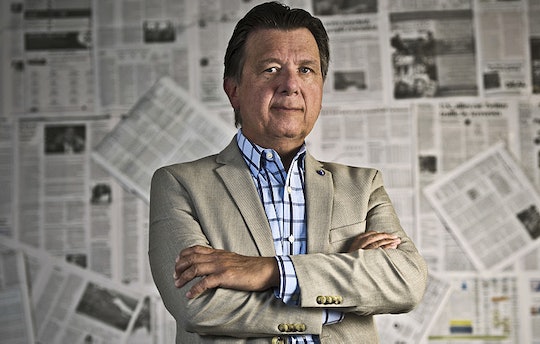 Who Is James Fitzgerald On 'The Case Of JonBenet Ramsey'? He's Investigating The Cold Case

CBS' upcoming The Case of: JonBenét Ramsey plans to take a second look at the case that captivated the public consciousness back in the mid-90s. The death of JonBenét Ramsey was shocking and intriguing because of her youth, her magazine-ready pageant pictures, the strangeness of the circumstances, and the unsolved nature of the crime. The show assembled a team of experts to go over all the evidence again in the hopes of discovering some new detail that explains everything. Though the case has remained unsolved for twenty years, the series seems optimistic that answers might finally be found. One man involved in the show is James Fitzgerald – but who is James Fitzgerald?

Fitzgerald is a retired F.B.I. supervisory special agent and forensic linguistic profiler, which means in addition to having knowledge of the law and its processes he knows how to handle linguistic evidence. In the first trailer for the series, there's a quick glimpse of Fitzgerald demonstrating this as he discusses the case's famously long ransom note, which was never definitively proven to be legitimate. Fitzgerald says, "From a historical perspective, this is uncharacteristic of any kind of kidnapping letter I've ever seen." And he would know; he has twenty years of experience.

Dealing with linguistic forensic evidence could involve examining ransom notes and emergency calls, both of which are important to the case of JonBenét Ramsey. In addition to the aforementioned odd ransom note, her mother's 911 call has been considered curious because of the kind of language she used (though her terror and desperation are clear), so Fitzgerald will likely be able to shed some light on both pieces of evidence.

Fitzgerald has an impressive pedigree when it comes to this kind of work. He was the only criminal profiler and forensic linguist in the history of the FBI, and he also used his knowledge to help apprehend the Unabomber – according to him, it was "the first time ever that text analysis evidence was used in U.S. federal courts, for the purpose of a search warrant." He also created the FBI's Communicated Threat Assessment Database (CTAD), which is described as "a one-of-a-kind repository for all threatening and criminal communications." It's a database that not only collects threats but allows for them to be searched and compared in a deeper way than just looking for key words.

While there was a database at the FBI laboratory for certain high profile sorts of crimes, they only focused on key words, nothing stylistically, and certainly not function words or other formatting issues that could be very important to linking one or more communications with each other.

Basically, Fitzgerald is the guy to go to when it comes to analyzing text in a criminal case. And fun fact: in addition to really paving the way in his highly specific field, Fitzgerald has worked as a technical advisor on Criminal Minds.