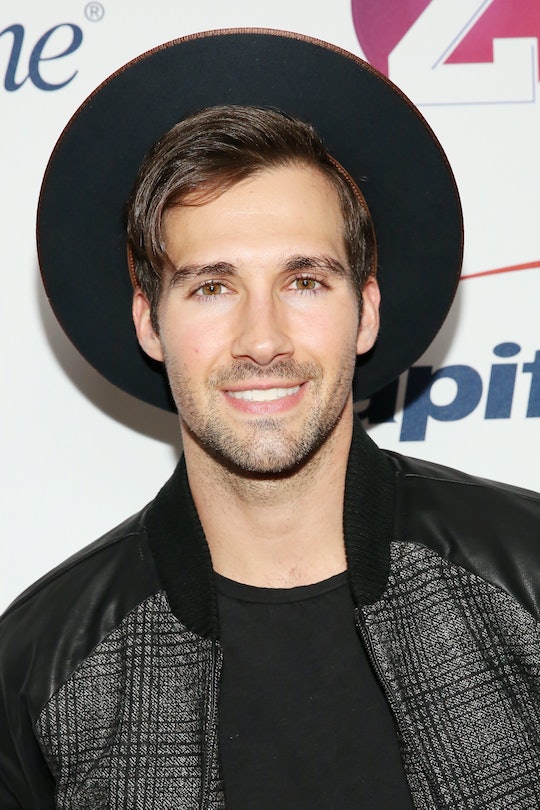 Although Celebrity Big Brother has been going on for years in the U.K., it's finally made its way to the U.S. and fans couldn't be happier. The inaugural season of the show has an incredible cast, which includes James Maslow. But who is James on Celebrity Big Brother? This competitor used to be in a boy band.

If you grew up watching Nickelodeon anywhere between 2009 to 2013, you probably recognized James immediately. The now 27-year-old was a star on the channel's hit series Big Time Rush, which centers around a group of hockey players from Minnesota who ended up becoming a boy band named, you guessed it, Big Time Rush. Similar to shows like Hannah Montana and The Naked Brothers Band, Big Time Rush became a real band and the group released three full length albums, BTR, Elevate, and 24/Seven, along with the soundtrack for their TV movie, Big Time Movie. They even had features from artists like Jordin Sparks, Iyaz, and Cymphonique on their music.

The series went on for four seasons before it was cancelled in 2013, and although the group — which also consisted of Kendall Schmidt, Carlos PenaVega, and Logan Henderson — said they might continue to make music together, the band ended up parting ways.

Since the show ended James has continued to pursue acting. He had recurring roles on the series See Dad Run and Sequestered, and appeared in a number of films like It Happened One Valentine's, 48 Hours to Live, and Art Show Bingo. He's also set to appear in a few upcoming films that are due out this year, including Bachelor Lions and The Boarder. However, James is still very focused on his music as well.

He released his first solo album, How I Like It, in March 2017 and was named the 2017 iHeartRadio "Rising Star" winner in July. Although he hasn't announced his second album yet, he recently released a new single titled, "Falling," that has many fans believing his sophomore album is coming soon. However, now that he's taking some time away to enter the Big Brother house, that may change. Still, his fans don't seem too upset about that and are already sharing their support for him on Twitter.

Like many of the other houseguests joining James, Celebrity Big Brother won't be his first reality competition. He appeared on Season 18 of Dancing with the Stars, coming in fourth place with his pro partner Peta Murgatroyd. Hopefully, James is able to win this time around and walk away with the $500,000 grand prize, but based on his cast bio, it seems James is going into this with a pretty lax outlook.

When asked about his strategy for the game, he said he plans on picking the strongest player and teaming up with them. While alliances are certainly a necessity in the house, Big Brother fans have seen duos fall apart before and so James will probably need another strategy once he gets in the house in order to be successful.

According to James though, the hardest about being in the house will be "not having the freedom to go and do what I'm used to." That being said, he also mentioned that going on his first tour has prepared him for living in the Big Brother house because he "didn't have much room on that tour bus!" So at least James obviously knows what to expect going into the show. Hopefully that'll be enough to keep him in the house all the way to the end.

You can meet James and the rest of the houseguests when Celebrity Big Brother premieres Wednesday, Feb. 7 at 8 p.m. ET on CBS.