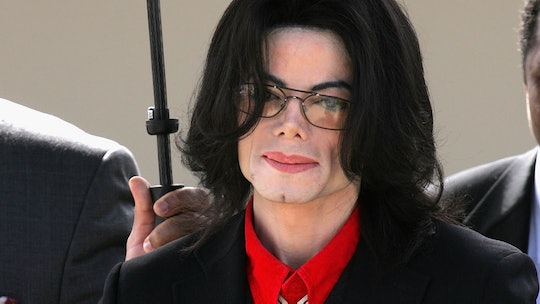 Two subjects of the upcoming controversial HBO documentary, Leaving Neverland, are in the spotlight after a series of interviews regarding the alleged abuse they claim to have suffered at the hands of Michael Jackson. Wade Robson and James Safechuck talk discuss the allegations in the four-hour film, split in two parts. As a world-renown choreographer, Robson's name might ring a bell, but who is James Safechuck?

As the less familiar name of the two, Safechuck, doesn't have much personal information out there. His IMBD page lists Editorial Department work on the '00 film, Dude Where's My Car. But after Leaving Neverland you'll probably remember him as the child in the popular Pepsi ads from the'80s. According to the CBS This Morning interview with host, Gayle King — as reported by The Hollywood Reporter — Jackson and Safechuck met when Safechuck was 10, when appearing in a Pepsi ad together. Safechuck detailed his account of the alleged abuse which, he claims, went on for years. Though he also admitted to King if Jackson were still alive, he might not have found the courage to speak out, saying, "I don't know. Would I have taken this to my grave? I certainly planned on doing that. I had no expectations of ever telling anyone," he explained. "If he was still alive, maybe I would have taken it to my grave."

The official synopsis HBO released with the trailer says:

Leaving Neverland is a two-part documentary exploring the separate but parallel experiences of two young boys, James Safechuck, at age ten, and Wade Robson, at age seven, both of whom were befriended by Michael Jackson. Through gut-wrenching interviews with Safechuck, now 37, and Robson, now 41, as well as their mothers, wives, and siblings, the film crafts a portrait of sustained abuse, exploring the complicated feelings that led both men to confront their experiences after both had a young son of his own. Directed by Dan Reed.

Jackson died in '09 and was never found guilty on any child molestation charges. The Jackson family spoke out, condemning the documentary after its premiere at Sundance in a statement to Variety calling it "a tabloid assassination" and "public lynching." The statement reads:

Michael Jackson is our brother and son. We are furious that the media, who without a shred of proof or single piece of physical evidence, chose to believe the word of two admitted liars over the word of hundreds of families and friends around the world who spent time with Michael, many at Neverland, and experienced his legendary kindness and global generosity.

Director of the film, Dan Reed, spoke out in a CBS This Morning interview defending the film saying he didn't see a need to reach out to the family adding, "This is not a film about Michael Jackson, it’s a film about Wade Robson and James Safechuck, the two little boys to whom this dreadful thing happened long ago." In an interview with Rolling Stone, he added the interviews with Safechuck and Robson were not paid and they were kept separate to ensure accuracy and prevent influence.

As the press heats up, the estate has now filed a $100 million lawsuit against HBO stating, "Michael Jackson is innocent period." Estate attorney, Howard Weitsman, claims the network breached ethical guidelines due to a longstanding contractual relationship with Jackson. Regardless, HBO defended their stance in a statement to THR saying, "Our plans remain unchanged. Dan Reed is an award-winning filmmaker who has carefully documented these survivors’ accounts. People should reserve judgment until they see the film."