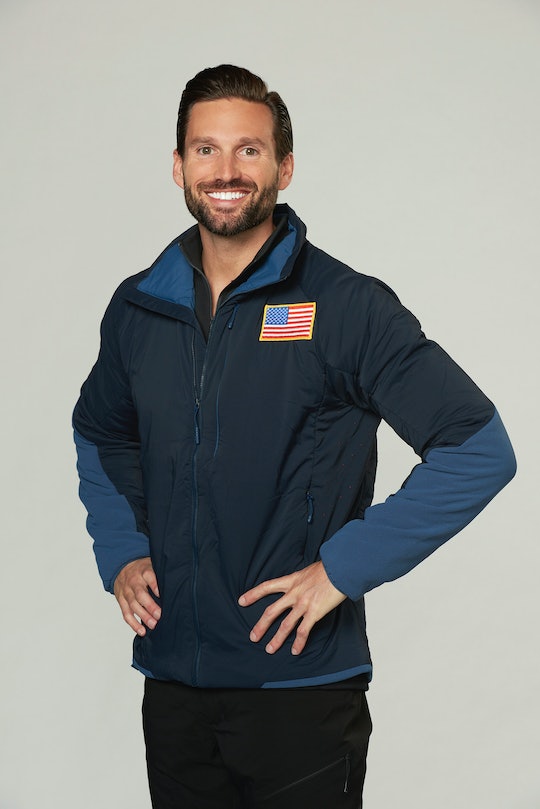 It hasn't been that long since Rachel Lindsay’s season of The Bachelorette, but in Bachelor Nation time, it feels like years. Season 13 was full of the usual drama and jaw-dropping moments, complete with Rachel falling in love with two different men by the end. But before that happened, there were plenty she sent packing, including sales account executive Jamey Kocan. But who is Jamey from The Bachelorette? Now that he's about to be on The Bachelor Winter Games, it makes sense to get a refresher about everything there is to know about him.

You see, the reason you may not remember him very well is because Rachel sent him home fairly early on during her season. In fact, he was eliminated during Week 2, so viewers weren't really given a chance to fall in love with him. But that may all change now that he's participating in The Bachelor Winter Games. Since his time on the franchise, it seems like Jamey has been staying active. And this probably means that he’s going to be ready to compete to the best of his abilities.

Interestingly, Jamey has managed to stay in contact with some of his fellow Bachelorette contestants, which proves how deep that Bachelor Nation bond goes for these participants.

It looks like shortly after The Bachelorette Season 13 ended, Jamey and fellow contestant Eric Bigger (who’s also expected to be a Bachelor Winter Games participant) stayed close to hike and possibly workout together. It makes sense considering they live near each other (Jamey lives in Santa Monica, CA while Eric lives in Los Angeles). But it also means that they might work even better together on the games, even if some fans don’t quite remember Jamey.

He didn’t get a chance at a one-on-one date before he was eliminated during the Week 2 rose ceremony, but Jamey seems like he’s been living his best life since then. According to his LinkedIn profile, he still works as an account executive for NAVEX Global, which is an information technology and services company. He also seems to be single at the moment, so I wouldn't rule out the potential for some of the contestants on The Bachelor Winter Games to find love in a snowy place (sorry couldn't help myself) or maybe even get their shot at Bachelor in Paradise this summer. Regardless, the Olympic competition-style show will definitely give Jamey the chance to shine in a way he hadn’t been able to before due to his early Bachelorette elimination.

Usually when a contestant gets relatively far on The Bachelorette or already has something of an Instagram following, they tend to blow up on social media, but in Jamey’s case, he seems pretty low-key, which isn’t always a bad thing by any means. He clearly makes his health a priority and should be well prepared for The Bachelor Winter Games.

Other Bachelor Winter Games contestants from Rachel’s season include Dean Unglert and Josiah Graham. But while there will be some competitive games, there will also be a focus on finding love along the way. ABC reality executive Rob Mills told The Hollywood Reporter that at its core, the show will "be about finding love again," but that there will also be "a competition element" thrown in there. Just think of it as a cold and wintery version of Bachelor in Paradise with some legitimate physical challenges.

On Jamey’s Bachelorette bio when he appeared on Season 13, he said that as far as his plans for the next five years go, he tries to "not make plans in life," which shows that he’s probably one of the more laid back contestants we’ve seen. Hopefully he can go a little bit further this time around and make a more lasting impression on fans as one of the contestants on the first ever Bachelor Winter Games.