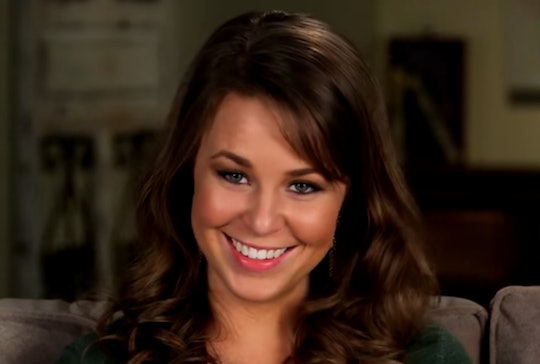 Here's What We Know About Jana Duggar, The Oldest Duggar Daughter

With another Duggar getting married or having kids seemingly every other month, it's easy to forget about one or two of them. But even for those trying their best to keep up, there's curiously little attention being paid to the eldest Duggar daughter. If you're not a big fan of the show, you may not have even heard of her at all. So who is Jana Duggar, and why doesn't she get as much screen time (or headlines) as her younger sisters? It turns out that she's broken the number one commandment of the ultra-conservative family: Thou shalt get married and start cranking out babies ASAP.

Jana is the second-oldest Duggar, after Josh (she beat her twin, John-David, by two minutes), but has yet to move out of the nest. Josh married at 20 and currently has five kids with his wife, Anna. Jill Dillard married at 23 and has two kids, Jessa Seewald married at 22 and has two of her own, rebel Jinger Vuolo married at 22 but remains childless, and Joy-Anna Forsyth got married and had her first child (in very quick succession) at age 20. In the world of the Duggars, eldest daughter Jana is a legit old maid at 27. (In the world of the Duggars, of course, not in the real world.)

So why hasn't she tied the knot like her siblings? It almost seems like the thought hasn't even occurred to her. When a Counting On producer asked her last year where she saw herself in the future, she was momentarily dumbstsruck. "That's a hard one," she finally answered, before allowing that, "Well maybe, you know, I'll meet the one and get married and have kids and stuff." It seems to be at the forefront of fans' minds, but apparently Jana doesn't expect it to happen anytime soon. "It's not like there haven't been interested suitors," the producer pointed out, but Jana wasn't feeling them. "There have been different guys come along and ask, but it's just not... They haven't been, you know... I don't know, the right one." Girl, it's OK! You're allowed to turn a man down, even if your mom says otherwise.

But even if Jana doesn't want to get married, there's evidence that she's a bit jealous of the perks that come along with it. "It's like this weird in-between stage, you know? I'm not a younger one, but I'm not an older, married one with kids," she explained. She also mentioned feeling left out in an interview with Christian blog Crown of Beauty, telling the site, "Waiting is not always easy. Especially in those times when all the married siblings are getting together and you can't go along because your not part of 'that' group." Is she really being excluded from the grownups' table? Way harsh!

Some fans even have a theory that Jana actually isn't allowed to get married and move out, because she's responsible for taking care of her younger brothers and sisters. According to The Hollywood Gossip, Michelle and Jim Bob's "buddy system" and patriarchal views mean that Jana's borne the brunt of the childcare responsibilities in the Duggar household, ever since she was a toddler. And although Jana, Jill, Jinger, and Jessa wrote that Jim Bob made it a point to purchase cars for all of his other daughters "as an extra expression of a dad's love," according to OK magazine, Jana got the shaft.

But there is a glimmer of hope for the one they call Cinderella Duggar: rumor has it she may be secret courting family friend Caleb Williams. Right now, there's little more evidence than his appearance in family photos posted on social media, but if you choose to believe Radar Online's anonymously sourced intel, they're totally dating, and he's "maybe somewhat more liberal" than her parents. (To be fair, who isn't?) There's even talk that he might be into hand-holding and side hugs before engagement. Pretty steamy! Let's just hope that whatever it is Jana really wants out of life, she gets it.