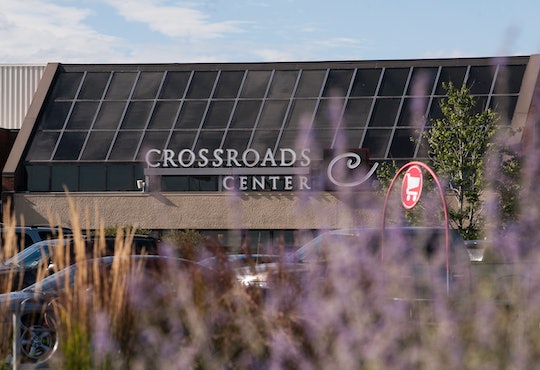 Who Is Jason Falconer? The Off-Duty Cop Stopped Minnesota Stabbings From Turning Deadly

Over the weekend, Dahir Adan, a 22-year-old college student, went on a stabbing rampage in a mall, only to be stopped by Jason Falconer, an off-duty cop who shot him. Adan had already stabbed nine people and reportedly threatened other shoppers, asking some of the victims if they were Muslim or not before attacking. Falconer was in the right place at the right time, really, but his actions were heroic nonetheless, despite the fact that he's taken on that mantle reluctantly.

Falconer is a former police chief of Albany, Minnesota and now works part time as an officer in Avon. He was at the St. Cloud mall and pulled his gun as Adan was coming at him with a knife. He shot him more than three times, since Adan continued to get up and engage Falconer.

Falconer was shopping at the time of attack but St. Cloud Mayor Dave Kleis said that Falconer identified himself as a police officer. Not only is Falconer a trained police officer who knows how to shoot a gun to prevent other people from being hurt, he's also a tactical shooting instructor. He owns a firing range and firearms training facility called Tactical Advantage and teaching law enforcement skills at St. Cloud State University and has won various medals and awards for shooting. If anyone was going to get Adan, it was probably Falconer.

Falconer is a hero, sure, but he's also a victim of the attack (Adan was lunging at him on security footage with a knife, so his life was very much in danger) and has been trying to stay out of the spotlight. He asked Avon Police Chief Corey Nellis to give him some time to "cope." Nellis said in a press conference on Monday that, "Officer Falconer put himself in harm’s way to protect the public from a man who had already stabbed nine victims." The injury or death toll could have been a lot worse if it weren't for the armed officer.

Some gun advocates are cheering Falconer for showing that concealed carry of a firearm can be a way to deter terrorism. As a part-time officer and a shooting enthusiast, Falconer probably has a conceal and carry permit, but was not supposed to have his gun on him the mall, which is deemed a "gun free" zone.

But this sort of shooting is actually the kind of stuff he's an expert in and teaches, so the argument could be made that he was supremely lucky to be in the right place at the right time, and that someone else in his position may not have acted so rationally or soundly. After all, according to his firing range's website, Falconer specializes in “reality-based firearms, law enforcement and personal security training."

Recently, Falconer told the Minnesota Star Tribune that he's trying to stay "away from it all." And that's all perfectly okay. Heroes don't have to hold press conferences. We just have to be thankful that guys like him head to the mall on Saturday nights now and again.