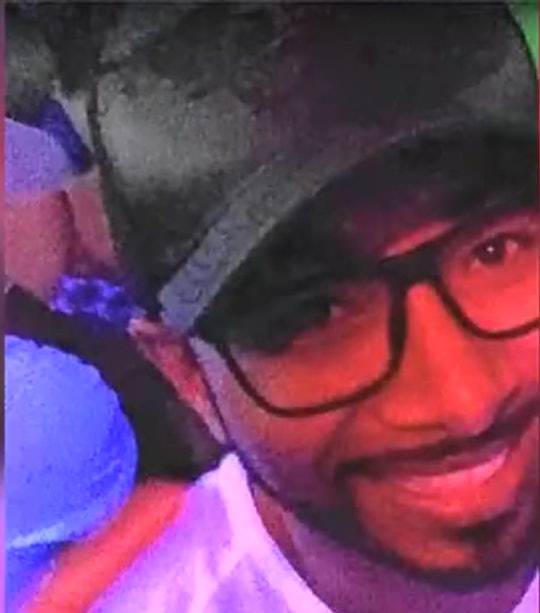 As a "super proud" Latino, Puerto Rico-born Javier Jorge-Reyes was likely excited to attend Saturday's Latin Night at the gay nightclub Pulse Orlando, where he was a regular. Instead of leaving the club after an evening of dancing with friends, though, the 40-year-old Gucci salesman is now the first of the 49 victims of the deadliest mass shooting in United States history to have a funeral Wednesday. There, devastated friends and family members remembered who Javier Jorge-Martinez had been in life: "always positive," "a lovely friend," and "the kind of person who would just make your day."

More Like This
Wait, Did The Government Actually Do Something For Parents?
Everything You Need To Know About The Proud Family Reboot Coming To Disney+
If Your Kid Can’t Get Enough Dinosaurs, They’ll Love These 20 Shows
A Volleyball Coach Wasn’t Allowed To Bring Her Breastfeeding Baby Into A Tournament

"Javi" to his friends, Jorge-Reyes certainly liked to go out, his friend Jose Diaz told The Orlando Sentinel. And when he did, he always thanked his friends for joining him "as if it was his party," said another friend, Domingo Meza, according to The Washington Post.

But we don't know whether the man who playfully called himself "Harvey George Kings" — a Americanized version of his name — on Facebook ever got to thank his friends over the weekend. Before he left Pulse, a gunman ambushed the club just after 2 a.m. Sunday, unleashing bullets from an assault rifle and handgun onto the crowd. After a three-hour hostage situation, police shot and killed the killer, who had pledged allegiance to ISIS and expressed rage over the sight of two men kissing months earlier.

But those who attended his memorial service chose to focus on Jorge-Reyes' life instead of the way he died.

Jorge Cruz, recalled that Jorge-Reyes was one of the first people he met when he moved to Orlando, and had introduced him to his partner, whom he's now been with for 16 years. Another friend, Edith Colon, talked about his creativity, friendliness, and willingness to work hard, as well as his talents as a salesman and makeup artist. "He had a great personality, a caring heart," she told the Sentinel.

On Facebook, a user named Ray McGee, posted a loving tribute to Jorge-Reyes. "I can't deal," it started out,

...Goodbye Harvey George Kings. Your energy and love of life and of all things beautiful was infectious. Too many memories over the years, most of them involving shopping! But also many of them at Pulse. You always made me feel sexy, always made me laugh, and always had that look on your face like you were up to something. You were one of a kind. I will never forget you.

Ellen Taaffe, also on Facebook, mourned the loss of Jorge-Reyes, "an old and dear friend." "...your smile was contagious and your sass always entertaining! You made me feel like a beautiful woman and mother even on days I couldn't see it," she wrote. "...I hope you get to spend all your days dancing and laughing until we see you again!!"

There is no doubt that so many will desperately miss Jorge-Reyes as they try to make sense of his tragic death. His funeral is the first of many funeral that will surely be heart-wrenching, and which are happening much, much too soon.