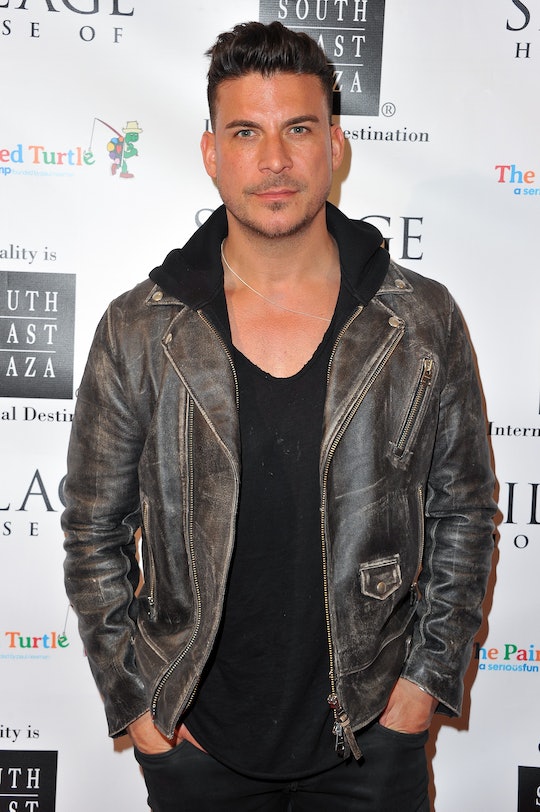 Birthdays can be a tough time if you're estranged from your family, something Jax Taylor knows all too well. Case in point: On Monday night's episode of Vanderpump Rules, Jax — who lost his dad in December 2017 —spent his birthday without his mother, Marie Couchi. The notable absence has some fans curious about who Jax Taylor's mom is, and why the two are no longer on speaking terms.

If I'm speaking plainly here, Jax can be an idiot sometimes. From his outbursts on social media (don't feed the trolls, Jax) to his tantrums at SUR, the guy could stand to grow up a bit. But no matter what you might think about Jax's behavior, I think many people can agree that the pain he went through when his dad died was difficult to watch. Jax was incredibly close with his father, Ronald Couchi, once referring to him as his "best friend," according to E! News.

Although Jax was able to ground himself following Ronald's death from cancer, he wasn't able to find peace with Marie. As it turns out, the pair's relationship took a stumble because of how Marie supposedly handled Ronald's death.

Jax, who said he used to be "close" with his mom, explained, according to The Daily Dish: "I used to be very close to my mom. Everybody's like, I love your mom. We really haven't communicated in the last six months, pretty much since my father passed. Their marriage was on the rocks; she was talking about leaving my dad about a year before he got cancer."

But what really upset Jax was how Marie supposedly handled the last months of Ronald's life. He shared, according to The Daily Dish: "Toward the end, my mom would say, 'Oh, he's fine.' We didn't know he was in ICU; I would have been there in a heartbeat if I knew he was in ICU. I mean, I get it, my mother's trying to protect my sister and I, but I should have been able to say goodbye to my dad."

Jax's issues run so deep with Marie that he's considering not inviting her to his upcoming wedding to fiancée Brittany Cartwright. "The problem I'm having right now is my wedding and whether or not she's going to attend," he revealed, according to The Daily Dish. "So I'm back and forth."

Making matters even more difficult? The reality star is worried about how his younger sister, Jenny, is dealing with the drama. He added:

Monday's night episode — which covers Jax's birthday on July 11 — is a reminder that there's still work to do concerning his relationship with Marie. "Jax celebrates his first birthday without the support of his parents," the episode description reads, according to TV Guide.

Here's to hoping Jax and Marie work out there issues sooner than later. It would be a shame if she doesn't get to attend Jax's wedding to Brittany.