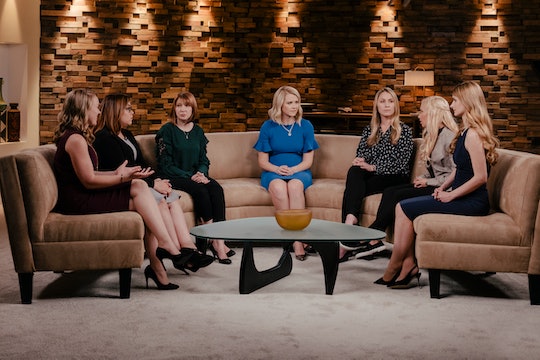 Elizabeth Smart, an abduction survivor turned advocate for fellow kidnapping victims, has put together a new special airing on Lifetime called Smart Justice: The Jayme Closs Case, featuring a roundtable discussion of the case with fellow survivors. Viewers tuning in wondering who Jayme Closs is may remember her best from a series of viral tweets earlier this year suggesting that a 13-year-old kidnapping victim who had escaped her captor should receive the $25,000 reward raised to find her. Closs is that 13-year-old girl.

On Oct. 15, 2018, 21-year-old Jake Thomas Patterson broke into Closs' home, killed her parents James and Denise Closs, and then kidnapped Jayme. He later told police that he had seen Closs getting off a school bus outside her home a month earlier, according to the Washington Post, and decided then that "he knew that was the girl he was going to take." For the next 88 days, she was held in captivity by Patterson in a Gordon, Wisconsin cabin owned by his father, until she managed to break free and run away. A woman named Jeanne Nutter was out walking her dog, according to a local ABC affiliate, recognized Closs from news reports, and ushered her to a neighbor's house. Closs immediately informed them that a man named Jake Patterson had killed her parents and kidnapped her.

Patterson was taken into police custody and pleaded guilty to two counts of first-degree intentional homicide and one count of kidnapping, according to CNN. The homicide charges carry a maximum sentence of life in prison, while the maximum sentence on the kidnapping charge is 40 years in prison. Patterson is scheduled to be sentenced on May 24, 2019, according to NBC News. And Closs did wind up receiving the $25,000 reward offered by Hormel, the parent company of the Jennie-O Turkey brand both of her parents worked for.

Although Closs isn't directly involved in Smart Justice: The Jayme Closs Case, the 90-minute special features "exclusive interviews with key players in Jayme’s harrowing case and incredible rescue," according to a Lifetime press release. Smart has also assembled a cast of fellow survivors to shed light on the mindset of kidnapping victims and the continued challenges they face after rescue. The other women featured include Ariel Castro survivor Gina DeJesus, who spent nine years in captivity, as well as Katie Beers, Kara Robinson Chamberlin, Alicia Kozakiewicz, Denise Huskins and Sarah Maynard.

Smart, herself, was abducted and held captive for nine months at age 14. She's since gone on to become an ABC commentator, contributing on missing persons stories.

"I remember watching the news and thinking, 'She did it! Another one of us got away.' When I came home, my parents were waiting for me. But that didn't happen for Jayme," Smart says in a promo trailer for Smart Justice: The Jayme Closs Case, above.