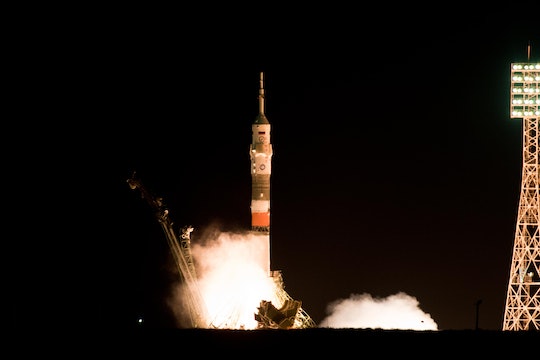 Jeanette Epps Will Head To Space In 2018

Space is awesome. There is so much that people don't know about the universe — in all of its vast and infinite glory. While space travel has slowed down, we are still sending people to space — and it is awesome. The need to travel to space is still a major issue — which is why this new announcement is great news. As people begin to learn more about space travel in this new year, they will soon be asking — who is Jeanette Epps?

Becoming an astronaut and preparing to be sent off to space requires a lot of education — they don't just pick any random person to head to the International Space Station — and Epps has the resume and credentials to prove that. Epps received her Doctorate of Philosophy in Aerospace Engineering from the University of Maryland in 2000, according to NASA. During graduate school, Epps was a NASA Fellow. But her story gets even cooler — before being selected by NASA to become an astronaut in 2009, Epps worked for the CIA for more than seven years as a Technical Intelligence Officer. Her education, work experience, and training — which involves spacewalk training and wilderness survival training — makes her more than qualified to head to space and work at the International Space Station.

According to The Root, Epps is one of the only 14 black astronauts to ever travel to space since NASA started. This past summer, Epps spoke to Lenny about being an astronaut and how excited she is to go to space:

I'm excited about the research. It's going to be amazing. One of the first big things we do is genetics experiments. We also do a lot of materials testing. We have different payloads onboard, like the NaNoRocks satellite and the BEAM module. The gravitational force masks so many other processes that go here on earth; once you take that away, you can see the real nature of things.

NASA's announcement could not come at a more relevant time. Hidden Figures — the film about the black women who served as the brains behind getting astronaut John Glenn into orbit — is currently in theaters.