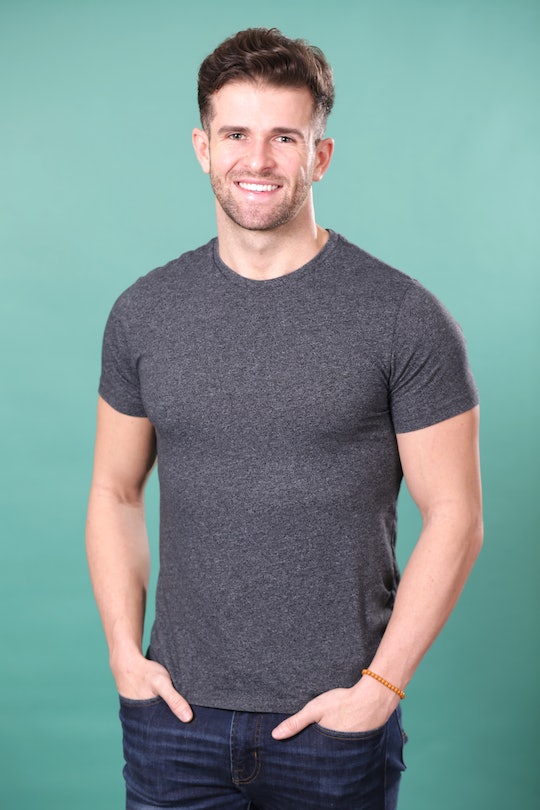 There's A Contestant On 'The Bachelorette' Already Causing Controversy

If there's anything to know going into Season 15 of The Bachelorette, it's that you shouldn't get too comfortable with contestants — until the proposal. Even then, it's probably best to wait until the televised wedding because these things change fast. As you know, Hannah has been chosen to lay her heart on the line this time around, and with so much at stake, you're probably dying to know who Jed is on The Bachelorette, because this fan favorite is already the talk of the internet — and may be the one to beat.

Jed has been accused of using the show to boost his music career — but let's not get too caught up in rumors just yet. His new single, "Vacation," is available on Spotify, and you can also catch him on YouTube in any number of videos singing and playing his guitar. There's no doubt Jed has the talent and if he's on the show for love, I see the two Southerners going far. If it's a play for his career, "Hannah Beast" will emerge, for sure. All that drama aside, Jed's ABC bio says he grew up in the Smoky Mountains, that he's "looking for forever love," and that after his last breakup, he quit music for a while. I'm not sure how well it bodes for Hannah, but the bio also claimed Jed "can rap Nicki Minaj's part in 'Bottoms Up' flawlessly," and "can shoot a rubber band with freakish accuracy." Well then.

Jed's Instagram and Twitter accounts are private, but according to Knox News, Jed danced at Nashville Music City Male Revue — a male burlesque club. Or, at least, he was tagged by a Nashville-based account claiming as much. And there's more proof of his shirtless dancing skills, as posted by another Insta user. This is a lot to take in, Jed. I can totally see why he's already a fan fave. The question is, will Hannah?

I'll leave it to the "Beast" to determine whether Jed's worth her heart or not. If there's anyone who knows how hard the process of finding love on national TV is, it's Hannah. The Bachelorette Reunion and After the Rose aside, Hannah laid it all out there for former NFL player, Colton Underwood, during Season 23 of The Bachelor. She said "I love you," and he cut her loose. Ouch. As a Southern belle with a "roll tide" attitude, Hannah's pageant experience (she was Miss Alabama USA back in the day) allowed her to hold her head up high and move on to bigger and better things.

Season 15 will definitely have the drama, because it wouldn't be The Bachelor franchise if it didn't. This season begins with "Hannah's Angels" — aka Demi Burnett and Katie Morton — in a surveillance van to examine the men as they introduce themselves to the Bachelorette. If the thought of Demi's bold critiques aren't enough to get you to tune in, nothing will. That said, I'm not sure either of "Hannah's Angels" will be into Jed or if they'll have any more insights as to his ~true~ motivations.

I'm not convinced Hannah will go for Jed and his guitar, but if history has anything to do with it, only she knows which man will "complete" her.