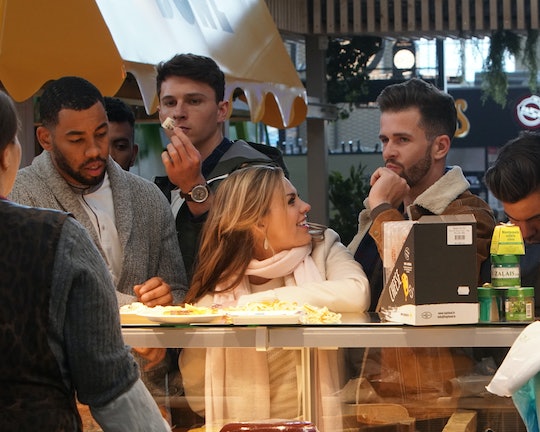 It's that time of year again: it was revealed that a contestant on The Bachelorette had a girlfriend back home, throwing all his motivations into question. The suitor in question this time is Jed, but every season there's someone whose recent past relationship comes back to bite them. But who is Jed's ex-girlfriend? She's been vocal about the circumstances of their relationship before he joined the show.

Jed's ex Haley Stevens spoke exclusively to People about where things stood between her and Jed pre-Bachelorette. According to her, they spent the night together before he left for Los Angeles and he told her that the show was "just an obstacle," promising that they'd "be stronger on the other side because of it." Jed had apparently been open about applying for the show during their relationship, but framed it as a huge opportunity for him as a musician. He was looking for exposure, not for love.

"He wanted a platform," Stevens said, echoing something Jed himself had said on the show. His plan was to make it to the top five but not win, so that he could earn some audience attention. It's possible Jed unexpectedly fell for Hannah after meeting her, but it does cast a different light on his time in the competition

Stevens and Jed were close up until filming began; she said that he called her when he arrived in L.A. and told her he loved her. But once he started shooting the show and surrendered his phone, she found herself adrift. She had no way of knowing what was going on with him, or if their status as a couple had changed. She only saw him once when he came back to Nashville, but he didn't have any explanations for her. Stevens felt like she had been ghosted. "He loved me, but he didn't have enough respect for me to have that tough conversation," she said.

Stevens had a followup interview with Refinery29, during which she explained why she decided to come forward. Initially, she hadn't wanted to, but unnamed news outlets started reaching out to her and indicating that they would be breaking the story with or without her. Stevens felt that if she didn't say anything, then the media could paint her however they chose. She was prepared for a negative response, but was also "overwhelmed" by the support she received.

Like Jed, Stevens is a musician, so she was planning to turn her current anguish into a record. It doesn't look like Jed has spoken about the situation yet, but he may be planning to keep quiet until The Bachelorette finishes airing. His Twitter account is protected, and his Instagram hasn't been updated since Jun. 12. Stevens may eventually get her long-awaited explanation, but not quite yet.

While talking to Entertainment Tonight, Stevens claimed that she didn't think Jed was a bad person. She just didn't know what was going on. She had no idea if his feelings changed or what he was thinking. Until Jed shares his side of things, everyone is in the dark.