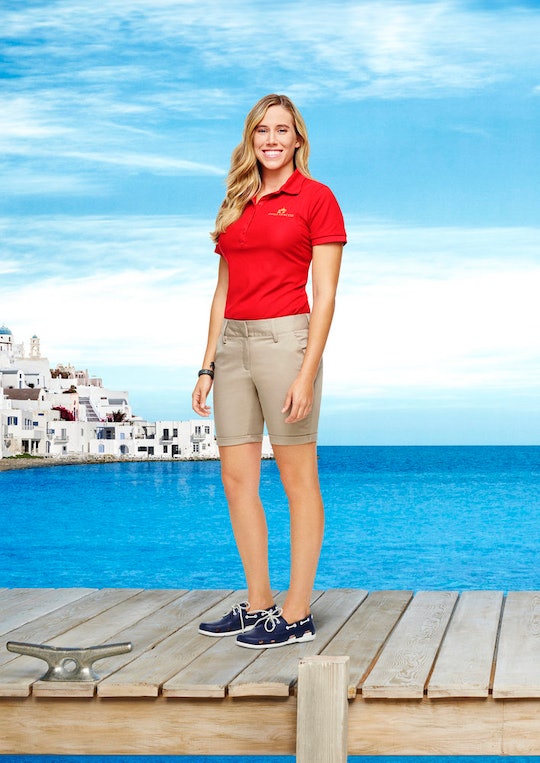 Who Is Jen Riservato On 'Below Deck Mediterranean'? The Deckhand Has A Reality TV Past

Bravo's new Below Deck spinoff Below Deck Mediterranean kicks off its first season on Tuesday, May 3. Returning to the show, which follows the crew of a luxury yacht sailing around the Greek Islands, is Chef Ben Robinson, who was also on the first three seasons of Below Deck's original iteration set in the Caribbean. But he's not the only reality TV veteran on the show. Jen Riservato, a seasoned deckhand who has been crewing ships for the last seven years also has a reality show past. Fans who think she looks familiar might be wondering: who is Jen Riservato on Below Deck Mediterranean?

Viewers may recognize her from 2008's MTV dating show Double Shot at Love. Yes, that's right; Jen was one of the 12 lady contestants vying for the affection of "The Ikki Twins" on the spinoff of Tila Tequila's A Shot at Love. Back then, her bio described her as a "lanky lifeguard," so it seems like she's worked her way up in the yacht hierarchy, though I'm glad those fancy guests on the Ionian Princess have a capable lifeguard on hand for their inevitable drunk swims.

Jen didn't make it very far on Double Shot at Love, getting eliminated in the third episode — though she did manage to snag a make-out session with Rikki Mongeon in the premiere. Please prepare your crying laughter emojis for her Double Shot contestant bio, according to Starcasm's site:

"Lanky lifeguard Jen is hoping to rescue the Ikki twins from a sea of scary male suitors. It took just one botched date with a guy to make the Westbury, N.Y., native realize she is a lesbian, and she has little patience for girls who are “dabbling” when it comes to dating women. For Jen, there’s no better mating match than a fellow female. So, is this her chance at A Double Shot at Love?"

Jen also happens to be the only queer crew member on this season of Below Deck Mediterranean, which does bring with it some isolation, if not more outright challenges.

She told South Florida Gay News in a recent interview:

“I wouldn’t say it’s hard because the people in the yachting industry are pretty open-minded, but I don’t see that many gays and lesbians. I was pretty out from day one, but I’ll just leave it at that.”

A clip from Bravo might provide some context for her coyness. She admits to having a crush on Hannah, whom she describes as "looking identical to Jennifer Lawrence." As she astutely points out in the same clip, "So the guys have like, no chance. Half of us are either gay or taken." Maybe that means everyone on board has to set their sights on the guests for relief from their cabin fever?