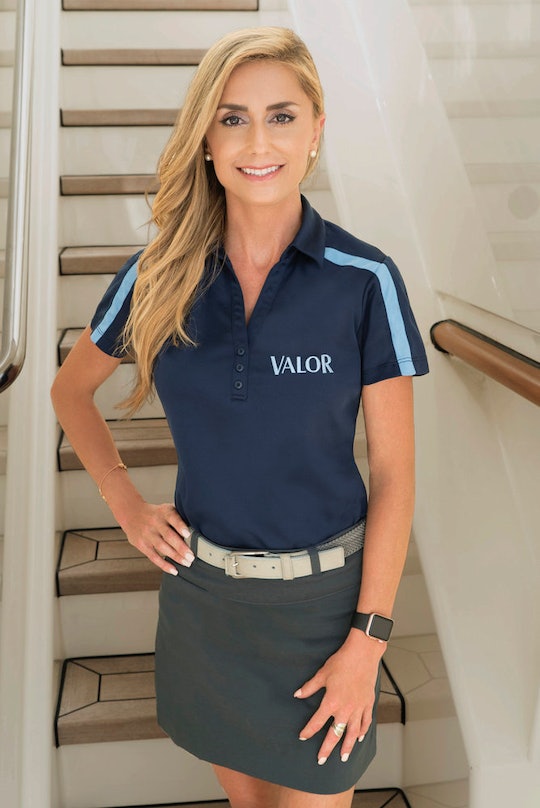 Meet Jennifer Howell From 'Below Deck'

Bravo's seafaring reality series Below Deck is back, and with it comes several new faces that haven't been introduced yet, including a few sure-to-be entertaining stewardesses that I am already scouring the internet to learn more about. For example, who is Jennifer Howell on Below Deck? Tragically, it looks like she's one of those oddball reality stars who haven't painstakingly documented their lives on social media. In fact, I can't find any trace of her on social media at all.

Usually, I like to find the unknown stars of my favorite Bravo shows on Instagram or Twitter as a sort of anthropological study, and see if I can dig up any interesting tidbits about their lives there. Unfortunately in this case, I have to rely exclusively on the Bravo website and various blogs to get any information on Jen at all. And let me tell you, there is not much there. Seeing as I've already decided that Brianna is going to be the stewardess this year who gets chief stew Kate Chastain all riled up, I've decided that Jennifer is going to be the one Kate leans on for support and turns to when she needs to gossip. This is, of course, all 100 percent my own baseless speculation.

What I can tell you about Jennifer is that she's apparently an incredibly busy woman. She started working on yachts after college when she moved to Honolulu, Hawaii. Jen then had a daughter, named Isabella, and a few years later became a single mom. So she put her yachting dreams aside and decided to take over the real estate world instead, which is easier to do when you have to stay in the same place. Now her daughter is nine, and Jen is back to the yachting life. Her bio reads, "Whether Jen is busy being a top seller, a stew, or mom to her daughter, she always gives her heart into all her jobs."

From the little that I do know about the upcoming season, Jen is going to have some difficulty adjusting to the hectic schedule aboard the yacht, and this will probably result in some clashes with her fellow crew-members. Basically, there is very little concrete information that I can say about this new cast member. All I can say is that there is sure to be lots of drama aboard the yacht in the coming months. I am so ready for it.