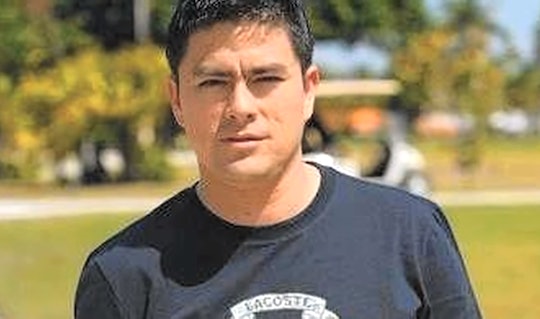 Who Is Jerald Arthur Wright? The Disney Employee "Always Had A Smile On His Face"

On Sunday, Orlando nightclub Pulse became the site of the deadliest mass shooting in recent history. Forty-nine victims lost their lives, and many more are still hospitalized. The city of Orlando has released the names of the victims on its website, and among them is Jerald Arthur Wright, known to friends as Jerry. Wright, 31, worked in merchandising on Main Street and in Tomorrowland at Walt Disney World's Magic Kingdom, according to the Orlando Sentinel. His former coworker, Scott Dickison, said that Wright "always had a smile on his face." Wright was reportedly at Pulse to celebrate the 21st birthday of his friend, Cory James Connell, who also died during the attack.

Another colleague, Jessica Weyl, told The New York Times that Wright took her under his wing at Disney, and was always there to help out, particularly when Spanish-speaking guests needed a translator. Coworkers and cousins are posting on Facebook about Wright, and a clear theme has emerged: he was a true friend, a loyal friend. According to his cousin Gabriel Johnson, "He was the kind of person who would give you the shirt off his back, and in the same breath tell you that it looked better on you than him."

Wright was a graduate of Westminster Christian School in Palmetto Bay. According to their website, he leaves behind his parents, Fred and Maria Wright; a sister, Aida Wright; and a brother, Joseph Wright (Wright's friends McKenzie Shaw and Michael Goeller have set up a GoFundMe to help the family). Scrolling through his Facebook and Instagram accounts, more clues about Wright's life emerge. He was a sports fan. He was a cat person and a dog person (that's his dog, Rusty, pictured above). He was loving and he was loved. And he shouldn't be gone. None of those 49 people should be gone.

Omar Mateen's motive for killing 49 innocent people and wounding 53 more is still unclear at this point. Although he was known to some people as violently homophobic, others report that he was a Pulse regular, and had exchanged messages with at least one other man on a gay dating app, according to CNN. And while Mateen did swear his allegiance to both ISIS and the Tsarnaev brothers, who committed the Boston Marathon bombing, The Orange County Register has reported that their philosophies are completely at odds with one another, and professing to support both may indicate that Mateen wasn't actually an extremist at all. Mental illness and a history of violence have also come up. Regardless of motive, we know his means: a legally-obtained AR-15 assault rifle, capable of firing 30 rounds in a matter of seconds, also known as "the gold standard for mass murder," according to Rolling Stone. If Mateen hadn't obtained that rifle (and other guns), Wright might still be alive today.