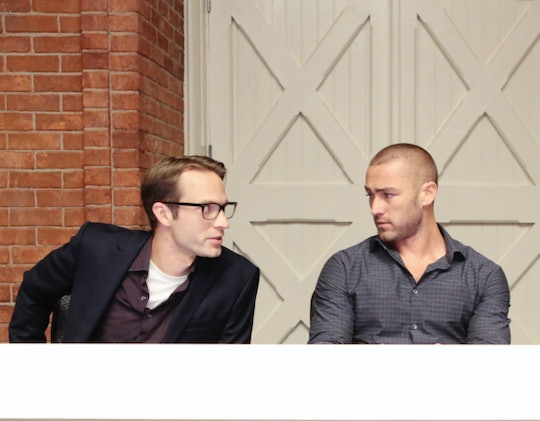 Who Is Jeremy On 'Quantico' Season 2? He Might Be This Season's Bad Guy

Quantico is back, and it is just as dramatic as ever. Have you ever wondered what happens after you save the country from a terrorist attack and clear your name from the Most Wanted listed all at one time? You basically fall right back into the same patterns. That's what happened to Alex Parrish, who is fresh off of thwarting a terrorist attack, and finding herself in the exact same position this year. This time, though, there's a new potential mole amongst her new comrades — Jeremy being one name to keep an eye out for. But who is Jeremy on Quantico? Alex has found another classmate up to no good. Or so it seems.

We don't know too much about Jeremy from the premiere of the show, but what we do know from snippets "from the future" is that he may or may not have a hand in something incredibly tragic. During the "one year later" segment in the season premiere, Alex fought against an unknown man in an all-black outfit, representing the Citizens Liberation Front. The Citizens Liberation Front took over the summit taking place in New York, and one of the assailants involved appears to be Jeremy, a CIA recruit that Alex (and Ryan) met one year earlier at the farm.

Looking a year before the summit takeover, Ryan and Alex were brought to the CIA farm. They are both undercover, however, for the FBI. There, an entirely new team of recruits are brought in. Some will make it to the end of their training, others will be lost along the way — you know how it goes on Quantico. One of the recruits is Jeremy, the man in question later on in the episode.

Jeremy Miller is an author. He seems to have written some series of books that would allow him to know about secret governmental ops in the United States, but when it comes to actual execution, he hangs on by a thread in the premiere episode. In fact, it is because of another recruit that Jeremy even managed to stay in the program. But that doesn't answer just how he ends up on the wrong side of things a year later.

There's no doubt that throughout the season we will learn how Jeremy ends up working with terrorists. We don't know much about him, yet, but it will be interesting to see if he is undercover while at the farm, or if he somehow finds himself working for the wrong people after training.