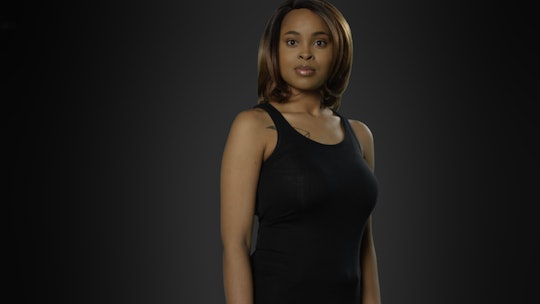 Jerhonda Pace Opens Up About Her Relationship On 'Surviving R. Kelly'

In Lifetime’s new docuseries, Surviving R. Kelly, women detail allegations of sexual, physical, and emotional abuse against R&B singer R. Kelly. One of the most riveting stories comes from Jerhonda Pace, a woman who says she met Kelly during his 2008 child pornography trial. After listening to her harrowing accounts, viewers are curious to know: Who is Jerhonda Pace, and where is she now?

R. Kelly has not responded to Romper's request for comment.

In the fourth episode of Surviving R. Kelly, Pace alleges she first met R. Kelly when she was was a young teenager. As a huge fan of Kelly’s music, Pace says she would stand outside the courtroom to show support for him during his trial. “I went to his trial because I was a superfan at the time, and the fact that the trial was open to the public, I was excited to go,” Pace claims in the documentary. “I got the chance to engage in conversations with him. So, I would just say ‘Hey, good morning’ and he would speak back. I would just tell him to keep his head up, the same thing I would say outside of the courthouse, and he would just thank me for it.”

Pace says at the time she didn’t believe Kelly was guilty, so when he was eventually acquitted of all charges, she had no hesitation about meeting him alone. Pace was 16 years old when she alleges she was first invited into Kelly’s home, and after a few meetings, she claims their relationship turned sexual. She alleges that over time, Kelly began controlling her every move, and she apparently wasn’t allowed to go anywhere or talk to anyone without his permission.

In an interview with The Root, Pace alleges that when Kelly’s grip over her tightened, she would push back, but their arguments allegedly evolved into physical abuse. “The heated arguments were something that was a bit alarming — if I didn’t want to do something, he would get extremely upset, and it would become heated,” she told The Root. “Overtime it progressed to ‘okay, now I’m not going to yell at her anymore, I’m going to slap her.’ So he would just slap me.”

When talking to BuzzFeed News, Pace claims that she ended her relationship with Kelly in 2010, after she alleges he physically assaulted her for texting a friend without permission. The next day, Pace claims she contacted an attorney who apparently had a history of settling claims with Kelly, and then decided to pursue a settlement rather than file criminal charges. “If I was to get criminal charges, it would probably be like it was last time, where he wouldn’t get convicted,” Pace said.

Her alleged settlement with Kelly involved her signing a non-disclosure agreement, but she told BuzzFeed News that she is breaking the agreement because she hopes to protect other women from being treated the way she was. “I know speaking out against Kelly, Kelly could sue me, but I’m really not worried about it anymore,” she told the outlet. “I feel like this is a healing process for me, because I've been holding this in for so many years, and to see that he always gets away with it, it’s just not right. I’m just going forward with my head held high.”

Since coming forward with her story in 2017, Pace has appeared on numerous talk shows and written a book about her time with Kelly called A Life Beyond ABUSE. On her website, Pace revealed that she now has three children, has become a vegan, and is a psychology major who will graduate from college in May of 2019. In one of her blog posts, she explained that through writing, she has found a way to self-heal. “I never received professional help after I was sexually abused as a child, not getting the help that I needed at the time helped me learn a lot about myself,” wrote Pace. “I self-healed: lots of writing, reflecting, goal setting, forgiving, and believing. It took me years to understand the power of forgiveness, thankfully I fully understand now.”