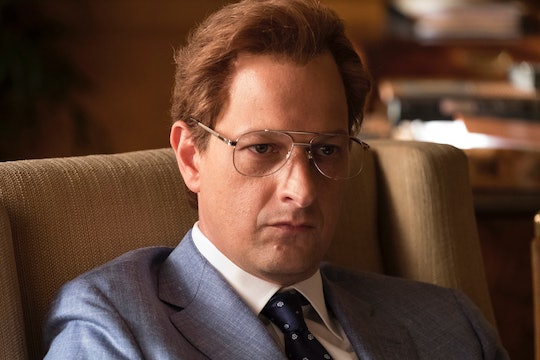 Law & Order True Crime: The Menendez Murders spent its first episode setting the stage for the rest of the season. It began by exploring the titular crime and its immediate aftermath, as well as introducing the key figures who surrounded the Menendez family. One person who helped crack the central case is Jerome Oziel. But who is Jerome Oziel on The Menendez Murders? Both on the show and in real life, he was integral in getting to the truth of what happened on the night Kitty and Jose Menendez were killed, though his involvement with the case was complicated to say that least.

Even before the murder of their parents, Erik and Lyle Menendez had been getting into trouble. They were caught burglarizing neighbors' homes for no other reason, it seems, than the Bling Ring–style excitement of it, because they definitely didn't need the money. After that Erik began seeing a therapist named Dr. Jerome Oziel, who is played on Law & Order True Crime by The Good Wife alum, Josh Charles. Erik continued seeing Oziel after he and Lyle killed their parents. While the brothers tried to continue on with life as usual after the crime (traveling, spending money, trying to jumpstart various careers), Erik felt enough remorse to confess what they did in therapy. He told Oziel that he and Lyle had killed Jose and Kitty.

While doctor-patient privilege would have prevented Oziel from sharing Erik's secrets under most circumstances, there were details that made the murder confession unique. Oziel didn't actually report the crime to the police; that was done by his mistress Judalon Smyth (played by Heather Graham on Law & Order True Crime), who listened in on Oziel's sessions with both brothers from the waiting room and recorded them. Even then it took months for Smyth to bring the tapes to the police. Her actions made it possible for Lyle and Erik to be arrested, but using the recorded confessions during the trial became its own issue.

Oziel did testify, with a loophole allowing him to reveal what Lyle and Erik had told him during confidential sessions. After discovering that Erik had confessed the first time, Lyle sought out Oziel and threatened to kill him; that released Oziel from doctor-patient privilege, because he felt his life was genuinely in danger. However, while Oziel was able to share what went on during his conversations with the Menendezes, the taped confessions were ultimately not admissible. A New York Times article from 1993 explained that only Oziel's taped dictations of his notes were able to be used during the trial.

But just because Oziel was able to testify didn't mean that his actions as a therapist were OK. He still allowed Smyth to listen in on sessions and record them without the knowledge of patients. Even before meeting the Menendez family in 1988 following the burglaries, Oziel's license had been on probation because he once allowed a patient to "pay" for therapy with construction work at Oziel's home. His relationships with his patients were considered inappropriate, and in 1997 he surrendered his license so he wouldn't have to go to court.

In a CNN article from 1997, Oziel's lawyer Bradley Brunon said, "[Oziel] elected to [surrender his license] because it was not practical to defend the license. He is not practicing psychology anymore and hasn't been for several years. It wasn't wroth the expense and interference with his life."

Though Oziel's actions led to the arrest of the Menendez brothers, his involvement also exposed unsavory details of his professional and personal lives and ultimately brought about the end of his career as a psychologist. The Menendez murders had a lasting effect on everyone entangled in the case, which Law & Order True Crime will be sure to explore over the course of its first season.