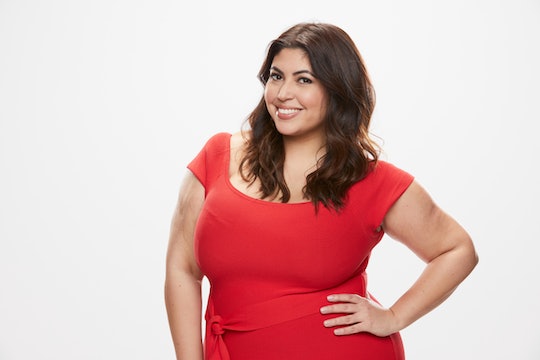 Summer is here, which means fans will get to dive into a whole new season of Big Brother. The show returns to CBS on Jun. 25, and will feature 16 new contestants, all competing for a chance at the coveted grand prize. But among all the new faces, there’s one cast member that might look familiar to some viewers. So, who is Jessica Milagros on Big Brother Season 21?

According to her CBS bio for Big Brother, Jessica is a model from Oak Park, Illinois who loves painting, photography and dancing and describes herself as “affectionate, charismatic, and creative.” She also recently ran a half marathon at Disney World, and is a big do-it-yourselfer who’s learned to cut her own hair, take her own photographs, and sew her own clothes.

But there’s much more to Jessica than her Big Brother bio. In an interview with AOL, Jessica revealed that she started her career in modeling after entering into a PLUS Model Magazine modeling competition. After finding years of success as a professional model, Jessica recently teamed up with JC Penney as a brand ambassador for their Boutique Plus swimwear line.

“The process, I always say, was very organic mainly because I had been working with JCPenney as a model prior to that,” she told AOL. “I first started working with JCPenney on the Ashley Nell Tipton collection — I was one of the main models who actually broke out the Boutique+ [collection], and that was a major win for the plus size community, because we definitely need more lines in that aspect, more options for clothing. I kind of realized that for plus size swim, curvy swim, we’re still very, very limited. [JCPenney] knew how passionate I was about fit and how passionate I was about having styles that fit and flattered women.”

So, with such a successful career, why did Jessica sign up for Big Brother? When talking to ET Canada, she revealed that she felt it was about time the show represented women of all sizes. “I just saw a lack of representation of someone that looked like me on the show,” she said. “And I think it’s a perfect opportunity now, with all of the body positivity movement and showing girls of my size that we can compete just like the rest of them. And I want to be that girl, that inspiration.”

With so much positivity, I’m sure Jessica will inspire plenty of women, but I also think she can use that good will and charm to win the show. In her CBS bio, she outlined her strategy for the game. “I just believe in being myself and genuinely getting to know the housemates,” she explained. “I'm someone who observes actions and can be fun but laid back. I know from experience that if you ask someone about themselves and show true interest they tend to confide in you.”

It’s far too early to predict a winner, but I with all her positive vibes, I think Jessica has a great chance of taking home the prize.