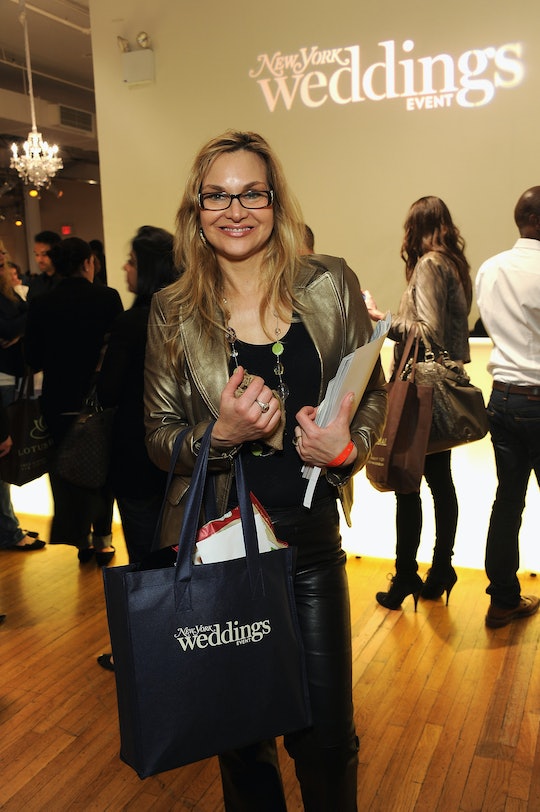 Who Is Jill Harth? She Filed A Sexual Harassment Suit Against Trump

Since The Washington Post leaked a 2005 recorded conversation between Republican Party presidential nominee Donald Trump and former Access Hollywood host Billy Bush last week, Trump's treatment towards women has become the focal point of many political conversations. In fact, the tape, and other lewd comments Trump has publicly made about women, was the first talking point of the second presidential debate on Sunday night. So who is Jill Harth? She's a makeup artist based in New York, who filed a sexual harassment lawsuit against Trump, which described incidents of sexual assault, in the 1990s.

Vox cited to a lawsuit that Harth filed against Trump in 1997. Harth's lawsuit claimed that Trump had allegedly sexually harassed her on different occasions, and allegedly groped her, put his hands on Garth's thighs, without consent, while attempting to touch her "intimate private parts." Romper reached out to the Trump campaign regarding Harth's allegations, but have not yet received a response.

Vox also cited to a New York Times column written by Nick Kristof, in which Kristof interviewed Harth about the lawsuit and allegations. According to the column, Trump denied the allegations at the time, and Harth eventually withdrew her lawsuit.

Harth and her former romantic partner at the time, George Houraney, had a business relationship with Trump involving one of his casinos, Kristof reported. Houraney sued Trump for a breach of contract, which reportedly resulted in a confidential settlement. Around the time of the settlement, Harth withdrew her separate suit which alleged sexual harassment, and "attempted rape."

In an interview with WNYC, Harth explained why she withdrew her lawsuit at the time:

Harth also told the Times that she later dated Trump for several months in 1998 after going through a difficult divorce. Harth said she left the relationship after being fed up, the Times reported.

In an interview with The Guardian, Harth alleged that in 1993, Trump pulled her into a room in his estate in Florida, Mar-a-Lago, that reportedly belonged to one of his children.

"He pushed me up against the wall, and had his hands all over me and tried to get up my dress again,” Harth said according to The Guardian, “and I had to physically say: ‘What are you doing? Stop it.’ It was a shocking thing to have him do this because he knew I was with George, he knew they were in the next room. And how could he be doing this when I’m there for business?”

According to Harth's interview with The Guardian, the makeup artist explained that she was initially reluctant to talk about the sexual allegations when Trump announced his candidacy for president: "because honestly, it was painful for me to have to do it again," she said. "It was stressful, it gave me anxiety, it definitely wounded my marriage – it wasn’t the death knell, but it wounded it, it was stressful having to handle this."

Harth expressed a desire to move on and be "friendly," with Trump, The Guardian reported.

"I'm a freelance makeup artist, I'm trying to get work – and I was being nice," Garth said to explain the emails. (Though, it should go without saying, that her reaching out to someone doesn't invalidate any claim of assault.)

A Trump spokesperson submitted the following statement to Inside Edition:

Mr. Trump denies each and every statement made by Ms. Harth as these 24-year-old allegations lack any merit or veracity.

But as Harth explained in her interview with The Guardian, she was moved to speak out about her past experiences with Trump after Trump publicly denied a May New York Times story that detailed Harth's lawsuit against the real estate mogul.

In Trump's leaked 2005 tape, he can be heard saying crude comments like, "You know I’m automatically attracted to beautiful — I just start kissing them," and "And when you’re a star, they let you do it... you can do anything. Grab them by the p*ssy."

Harth, who described being "groped" by Trump – eerily similar to Trump's boastful comments in the leaked tape – told Inside Edition that his 2005 recorded conversation only proves her allegations.

"...See, this is what I was saying," she said. "He's saying from his words what he does. How could people not believe me now?"