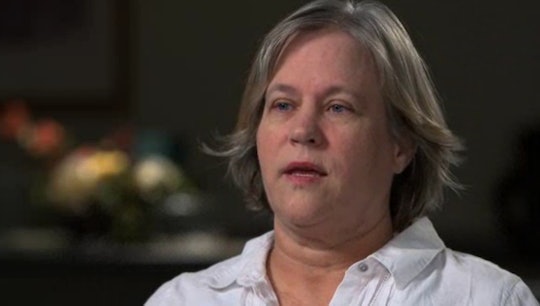 Who Is Jill Shively? She Could've Been A Key Witness In OJ Simpson's Trial

There aren't many details of O.J. Simpson's murder trial that followers don't know. The killings of Nicole Brown Simpson and Ronald Goldman led to one of the most high-profile court cases in American history. Now that The People v. O.J. Simpson: American Crime Story is on FX, audiences are combing through the details of the case once again, nearly two decades after it unfolded. So when a little-known character popped up in the series, viewers were instantly intrigued: Who is Jill Shively? It turns out she was a potential witness who never made it to the stand. But if what she says is true, her testimony could have been critically important.

Shively claimed to have seen Simpson driving near his ex-wife's house on the night of the murders, according to CNN. When she accepted $5,000 to do an appearance on the tabloid TV show Hard Copy, she essentially gave up the opportunity to testify in the murder trial. Shively later recalled what she saw in a Dateline clip:

All of a sudden this car, a white car, comes flying north on Bundy with his lights out, and I barely missed him.... It was O.J. Simpson.

Simpson was acquitted of the murders of Brown Simpson and Goldman. His current legal team has not responded to Romper's request for comment. Shively said she was only "two or three blocks" away from Nicole Brown Simpson's house, according to Radar Online. Because the road was illuminated well, Shively said it was easy to see Simpson at the wheel and that she recognized him from his role in a Naked Gun film. She said that Simpson "glared" at her before she took down his license plate, only getting one letter wrong. Because she places the sighting at 10:50 p.m., she's right on target for the suggested murder timeline. But even though detectives questioned her, Shively's decision to take money from Hard Copy undermined her ability to share her eyewitness account in court.

Simpson was ultimately acquitted of the murders; he's currently serving time in jail on unrelated charges. American Crime Story aims to provide a more thorough understanding of the case's backstory, giving viewers a glimpse at the machinations of the legal teams. Airing at 10 p.m. on Tuesdays, the show reawakens the case and gives amateur sleuths an opportunity to sort through clues themselves. Part of the intrigue is in the discovery of stories such as that of Shively, whose testimony may have changed the outcome of the case. Even 20 years later, the O.J. Simpson trial is still full of surprises.