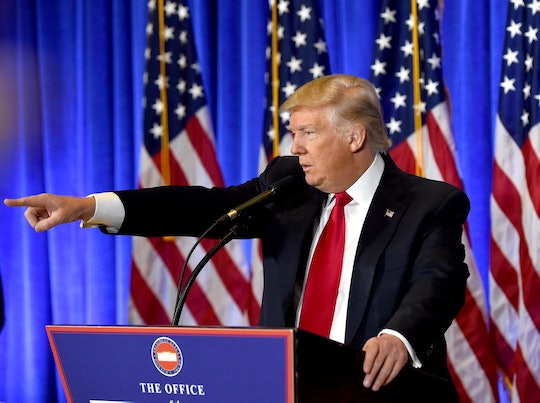 Who Is John Acosta? The CNN Reporter Was Ignored

President-elect Donald Trump went almost six months without holding a press conference, so it's understandable if some have forgotten the way he treats reporters, often scolding, mocking, or insulting those who have reported unfavorable facts about him. Perhaps some people thought that now that he's about to be sworn in as president, he'd changed his ways. Not so much; on Wednesday Trump first ignored, then insulted a man who tried to question him. But who is Jim Acosta? Trump refused to talk to a CNN reporter, so what exactly is his beef with him?

CNN first broke the story on Tuesday that Trump had been advised, as part of his infrequent intelligence briefings, that Russian operatives alleged that they had compromising material on Trump (later revealed by BuzzFeed to be a tale – and possible video footage – of Trump directing prostitutes to urinate on a hotel bed in order to stick it to the Obamas, who had once stayed there). The Russian dossier further alleged that there was "continuing exchange of information" between the Trump campaign and the Russian government. The information is so far unverified and is thought to possibly be a rumor. Still, BuzzFeed chose to publish the report. Trump's transition team has not responded to Romper's request for comment. According to CNN, it was sourced by a trusted former MI6 operative, and, when the info was classified, it was presented by Director of National Intelligence James Clapper, FBI Director James Comey, CIA Director John Brennan, and NSA Director Admiral Mike Rogers.

Trump was unsurprisingly furious that the briefing being leaked, and when Acosta attempted to question him about his Russian connections at Tuesday's press conference, Trump shouted him down: "No, not you. Not you. Your organization's terrible. Your organization's terrible. Let's go. Go ahead. Quiet. Quiet. Go ahead. She's asking a question; don't be rude. Don't be rude. Don't be – no, I'm not gonna give you a que – I'm not gonna give you a question. You are fake news. Go ahead." CNN, the first 24-hour news channel, has been a well-respected news source for nearly 40 years.

Just as journalists feared, Trump and his press secretary, Sean Spicer, conflated CNN's factual report of the briefing with BuzzFeed's publication of the unverified dossier itself. While CNN reviewed the full document, it declined to publish the salacious details (the allegations regarding the prostitutes) in the absence of corroboration. As usual, Trump is focusing on the outrageous and the titillating, all the while distracting from the much more alarming allegations that he allegedly worked hand in hand with the Russian government to effectively affect the U.S. presidency in his favor.

As a reminder, Trump's chief strategist is Steve Bannon, co-founder of Breitbart News, and has published such stories as "Bill Kristol: Republican spoiler, renegade Jew," "Gabby Giffords: The gun control movement’s human shield," "Birth control makes women unattractive and crazy," "There’s no hiring bias against women in tech, they just suck at interviews," "Hoist it high and proud: The Confederate flag proclaims a glorious heritage," and "Would you rather your child had feminism or cancer?" Acosta has been a respected journalist for over 20 years, and graduated cum laude from James Madison University with a bachelor's degree in mass communications and a minor in political science.