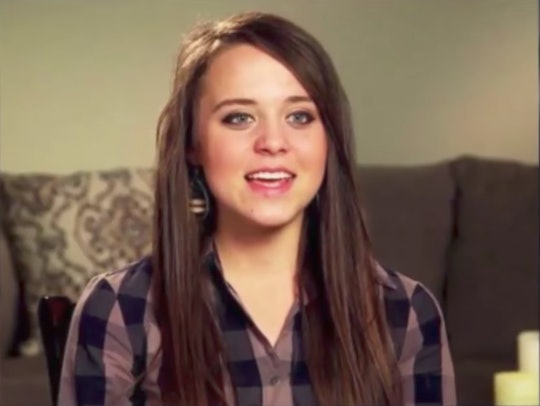 The many members of the Duggar family have often embodied parents Jim Bob and Michelle's strict rules and conservative Christian lifestyle. From marrying young to letting God plan their family, the Duggars have created their own norm. But not all of the Duggars are quite so willing to conform, which is why people might be wondering who Jinger Duggar is and how the Duggar's version of a wild child has stepped outside of the family's set of rules.

The Duggar family has a unique set of dos and don'ts in place — such as side hugs only until marriage, no kissing before saying "I do," no un-chaperoned dates before their wedding day, and no going to the beach, to name a few. And for the most part, the children follow them closely. The one notable exception in the bunch is daughter Jinger. She has made a name for herself by differing from her family in some ways. So much of a name, in fact, that fans have created a site called FreeJinger.org that is dedicated to all things uniquely Jinger.

She — along with her husband Jeremy Vuolo — has bent the rules over the years. While her "offenses" would hardly raise an eyebrow in most company, compared to her über-conservative family, she might be considered by some as a regular rebel without a cause. Along with her notable cases of "rule-breaking," Jinger also has a heart for giving. Without further delay, here's everything that we know about this Duggar daughter.

One of the expectations of Duggar girls, according to CafeMom, is that they refrain from wearing pants until after they are married. Even then, they are only to wear them if their husbands are OK with it.

Despite many of her sisters being married, they are almost always spotted in dresses and skirts. Jinger, on the other hand, seems perfectly at ease in both pants and even — gasp — shorts.

She Doesn't Have Any Children

As Michelle and Jim Bob point to contraceptive use as the cause of their miscarriage, the rest of the family has left the number of children that they have "up to God," meaning that they are on no form of contraceptive, according to In Touch Weekly. The fact that Jinger has been married for almost a year now with no babies has led fans to speculate that she is on birth control.

While I shouldn't have to point out that there are a number of possibilities for why a couple doesn't have kids, which have nothing to do with birth control, the sheer absence of children in her household sets her apart from her siblings.

Her Husband Stands Out In The Sea Of Duggars, Too

Not only does Vuolo have a tattoo on his arm (the Duggars are strongly opposed to tattoos, BTW), he also has an alleged criminal history, according to Radar. While the alleged charges amount to little more than partying while in college, the Duggar's strict no tolerance policy for alcohol makes his past a bit shocking, I guess.

When Hurricane Harvey made landfall in Texas, it left a path of devastation in its wake. Along with professional first responders and service organizations, Texans also stepped up to ease the burdens of their neighbors. Among those good Samaritans were Jinger and her husband. Safely on the other side of the state, the couple housed several Hurricane Harvey victims after the storm, according to In Touch Weekly. After initially keeping it quiet, Vuolo broke the news when a fan on Twitter asked how he and Jinger were doing post-Harvey.

As cohesive of a unit as the Duggar family is, Jinger is proof that it is still composed of individuals. While she may not always fit the mold exactly, she is another example of all that the Duggars stand for: family and faith — and a fan favorite to boot.