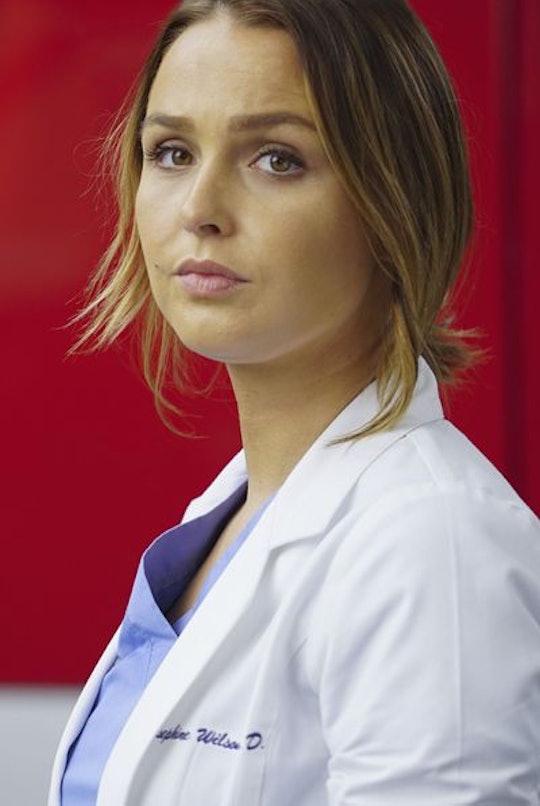 Who Is Jo Married To On 'Grey's Anatomy'? He's A Dangerous Man

On the May 12 episode of Grey's Anatomy, Alex asked Jo to marry him... again. He didn't need to marry Jo the next day or even the next week but he wanted to know that one day they would get married. Despite putting his heart on the line and laying it all out there for Jo, she still said no. But on Thursday night's season finale of Grey's the real reason Jo said no to Alex was revealed. Although she really does love Alex the truth is that Jo is already married — so who is Jo married to on Grey's Anatomy?

At this point, we know that when Jo was in high school she was living out of her car for a while. However, what we didn't know is that she married someone seemingly so she would no longer have to live in her car. But also, she may have loved him at some point. Regardless, the man's love for Jo turned abusive and when he felt like Jo didn't love him he would hit her so Jo ran away and looked back. Now it turns out Jo isn't even her real name and she's been hiding from this man ever since, and if she even tried to get a divorce he would come find her and it wouldn't be pretty.

Jo doesn't want to tell Alex the truth because she knows that Alex would want to fight and protect her from this man and she doesn't want Alex to get hurt. But who is this mystery man and how did Jo get away?

The man is probably someone that was older than Jo and took advantage of her. Jo was only 16 when she started living in her car and lived in it until she went to Princeton University for college and that was probably when she escaped from her husband. So, Jo was only a teen when she was married and because Jo didn't have any family or anyone else to turn to this man knew that Jo had no other options.

Whoever this mystery man is — we definitely haven't seen him yet — it seems he may make an appearance next season. Now that Alex beat up DeLuca because he thought DeLuca was hooking up with Jo, Jo will surely have to tell Alex the truth and Alex will definitely want to find this guy. Or this guy will find them. Either way, Jo's mysterious husband will definitely be a major plot point next season, giving us more insight into who Jo really is and what happened to her.