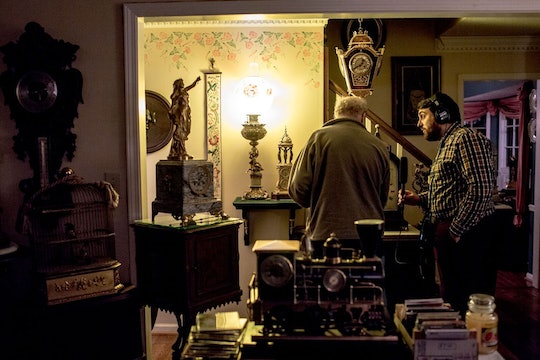 John B. McLemore Is The Subject Of 'S-Town'

S-Town, the new, obsessively interesting podcast from the creators of This American Life and Serial, tells the story of an alleged murder in small-town Alabama and along the way weaves together the story of death, deception, and mystery. At the center of its story is a Woodstock, Alabama local. But exactly who is John B. McLemore? The story evolves in a direction many listeners wouldn't guess from the inaugural episode, but it is McLemore's initial contact to S-Town host Brian Reed that sets off the entire podcast.

In an interview with Wired.com, Reed takes listeners through the confusing, exciting maze that brought Reed and McLemore together. (Fair warning: Mild spoilers ahead for S-Town.) He told the site: "It’s a story about [McLemore], and a potential murder he wanted me to look into. But the story shifted dramatically while I was reporting it, and becomes something I couldn’t have imagined at the beginning.”

Describing S-Town to Vulture.com as an "arty" and "novelistic" series, Julie Snyder, a Serial senior producer, further explained the background for the show. The explainer providers some color on McLemore's character in real life and his insistence that Reed pay attention to the story he felt should be told: that of the alleged murder in small-town Alabama he believed his neighbors were all too quick to cover up:

If you haven't started listening yet, stop reading now because spoilers follow! In the first episode — "Chapter I" — audiences are swiftly invited inside McLemore's intriguing world, getting up close and personal with the setting of the story: Woodstock, Alabama, a place McLemore refers to again and again as "Sh*ttown." McLemore alleges that a murder has taken place in Woodstock and that the son of a wealthy local family is allegedly behind the crime. After enough correspondence, Reed makes his way to Alabama to help him further investigate the story, hopefully to uncover the truth he believes one family to be covering up. Unsurprisingly, that truth sits tucked inside a shape-shifting web weighted down by all the things that make a true-crime story truly unforgettable: confusion, lies, and death.

Without ruining the remainder of series, the end of Chapter II changes the course of S-Town entirely. No longer is Reed investigating the alleged murder that McLemore drove him to "Sh*ttown" for — Reed is now left to make sense of McLemore's suicide and the world he left behind. As it promises on its site, S-Town evolves into the "search for the truth" that "leads to a nasty feud, a hunt for hidden treasure, and an unearthing of the mysteries of one man’s life." So even though McLemore is tragically not be an active participant in the story about his hated hometown, S-Town still tells his story — it just heads off in places none of us could expect.