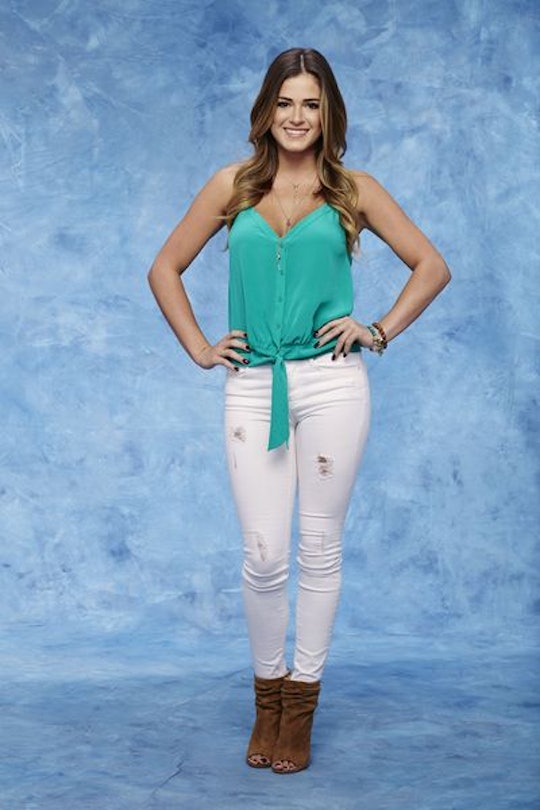 Who Is JoJo's Brother Ben Patton On 'The Bachelorette?' He's Made A Name For Himself

When JoJo Fletcher brought Bachelor Ben to meet her family on their hometown date, he was not prepared to meet the firestorm of protective siblings that awaited him. JoJo's brothers, Ben and Matt Patton were quick to let Ben Higgins know that if he wanted to get near their sister, he'd have to prove that he was serious and not saying the same thing to Lauren as he was JoJo (and we know how that worked out). Basically, the Patton brothers gave us what we are always hoping for from a hometown date, and sat Ben down to read him the riot act. Her brother Ben, was particularly fiery. So who is Ben Patton, Bachelorette JoJo's brother? There's a few things to note about him.

I always wonder how Bachelor and Bachelorette stars' families feel about the show, and the potential suitors they meet. JoJo's family gave us the most unscripted version I've yet seen. While most families tend to just love the Bachelor or Bachelorette they're introduced to, Ben Patton was not so easily impressed. Perhaps this is because once upon a time he was in the same position as Ben Higgins, and now his sister JoJo. Though he never starred on The Bachelor, he was once one of the stars of a similar dating show, albeit a short-lived one. Let's take a closer look at this guy. Here is what we know so far.

He Was The Star Of Ready For Love

The show aired on NBC for three weeks, but was pulled due to low ratings, and the rest of the season was aired online. Perhaps Ben should have just applied to be on The Bachelor instead.

Ben's Instagram is about 50 percent JoJo, so it's obvious that his family means a lot to him. And, of course, we all saw him lay down the law when he met Bachelor Ben Higgins. He turned out to be right about Ben, so what does he think about controversial characters Jordan and Robby? Could the relationship-sage weigh in on these guys now, please?

He Became Friends With Eva Longoria

Eva Longoria produced Ready for Love, and selected the three bachelors herself. Apparently, she and Ben stayed friends even after the show. Ben captioned this shot, "Great dinner with family and my old friend Eva Longoria."

Ben's brush with fame has turned him into a social media powerhouse. He's got 14.5k followers on Instagram, and 13.9k followers on Twitter. He's not at Selena Gomez, the undisputed Queen of Instagram levels yet, but just a few more hours of screen time, and he might just take over the digital world.