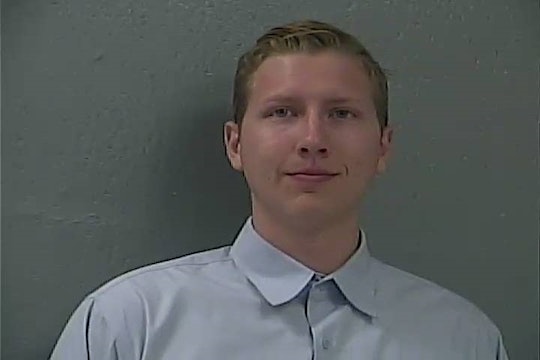 Who Is Joseph Presley? He's Being Compared to Brock Turner

Joseph Presley, a 23-year-old babysitter, admitted earlier this year to molesting an 8-year-old-boy under his care on two different occasions in 2014. Presley had been facing up to 15 years in prison after pleading guilty to one count of first-degree child molestation in court back in June. Judge Calvin Holden of Greene County, Missouri, however, sentenced Presley to only 30 days in prison for the crimes for which he was convicted. There has been an outcry since the sentencing took place last week, as many believe the punishment is not comparable with the severity of the crime. So who is Joseph Presley exactly, and why is he so important to the current dialogue?

Since news broke of his lenient sentencing, Presley has been compared to Brock Turner, another young man convicted of a sex crime that received a shockingly reduced sentence (Turner is set to be released from jail on Friday, after serving just three months of his six month sentence). Shaun King, Senior Justice Writer at the New York Daily News, published a piece on Wednesday pointing out the remarkably similar aspects of the Brock Turner and Joseph Presley cases. King points out that Turner, like Presley received a seriously reduced sentencing for the crimes they were found guilty of committing. Of Turner, King pointed out that "he sexually assaulted a woman. He was caught. There were eye witnesses. And he'll be free after serving only three months."

The little boy Presley was convicted of molesting first came forward about the incidents to his parents and the Child Advocacy Center. Despite this evidence and Presley's own admittance of guilt, however, Presley was still let off enormously easy for having committed such a devastating crime. Many would argue that in the case of Joseph Presley, justice was in fact not served, despite the fact that the 23-year-old was found guilty.

Barbara Brown-Johnson, the Executive Director of the Child Advocacy Center, spoke out against the the soft sentencing. "That is simply not enough," she told local ABC News affiliate KSPR33. "That doesn't deter people from doing this sort of crime against children." Brown-Johnson stated that she believes that the needs of the now 9-year-old victim were not met by the court.

Dee Wempler, Presley's defense attorney, made an attempt to paint his client as another victim in the crime. Wempler told Judge Calvin Holden that he knew the public was going to say "lock him up and throw away the key," and that the public was "in favor of strong law enforcement, as long as the law applies to the other fella' and not their child." Wempler described Presley as a boy, despite the fact that he has been a legal adult for 5 years. When it came to the possibility of a 10 year prison sentence, Wempler urged Judge Harris to reconsider:

Do we really want to take a boy that’s not institutionalized, that has not been in prison before, and put him in prison with some real sex molesters, and some real rapists? So that he can really learn the trade? Is that what we want?

This argument clearly resonated with Judge Holden. He reduced Presley's sentence to 30 days in jail with five years probation. It was described as a shock sentence that would hopefully deter Presley from committing another crime.

The conversation occurring in the aftermath of the Brock Turner case is still ongoing, touching on topics like white, male privilege and sexual assault on college campuses. While Presley may not have received the punishment many feel he deserved, hopefully this case continues the societal dialogue that has been occurring over the past few months. Change can never happen if it is not first addressed head on.