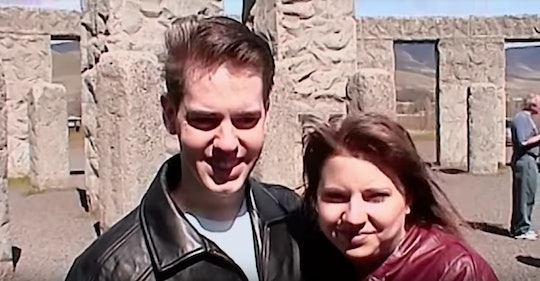 Oxygen's latest docuseries The Disappearance of Susan Cox Powell takes on one of the grisliest missing persons cases of the past decade. But viewers who are new to the story might be wondering: who is Josh Powell and how does he figure in? Josh was Susan's husband of eight years at the time of her disappearance and father to her two young sons Charles and Braden. He was named a person of interest in the investigation, according to Time, but never charged. In 2012, he died in a murder-suicide with his two children by igniting a gas explosion in his home.

As The Disappearance of Susan Cox Powell notes, Josh's alibi was one of the first things to raise suspicion amongst the people close to Susan. On the night she disappeared in December of 2009, he claimed to take their two children out camping shortly after midnight. When he returned, Josh said, he discovered Susan was missing. Friends and investigators alike immediately questioned why he'd take young kids camping in the middle of a freezing cold night in Utah. On Dec. 14, one week after Susan was reported missing, Josh terminated the children's daycare provider, canceled his wife's chiropractor appointments, and emptied her retirement savings account, according to court documents obtained by KSL.com.

On Dec. 16, 2009, Josh was officially named a person of interest in the case, a designation he held until he died in 2012, per Time. No other suspects or persons of interest were ever named. Less than a month later, Josh packed up and moved himself and his children to Puyallup, Washington, where they moved in with his father Steve, another figure the docuseries focuses heavily on.

Steve, who died in 2017 after being found guilty on charges of voyeurism and child pornography, left behind hundreds of hours of home video footage of Susan, "documenting his sexual infatuation with her," as Oxygen put it. The Disappearance of Susan Cox Powell examines the footage in stomach-churning detail, and plenty of it is disturbing. After her death, Steve claimed he and Susan had a sexual relationship and that he was falling in love with her, according to Time, even though the docuseries airs home video footage of him confessing his feelings for Susan when she was still alive, which she clearly rejects.

Josh was also named a person of interest in his father's voyeurism and child pornography investigation, which prompted Susan's parents to file for custody of the children, according to the Salt Lake City Tribune. After a court-ordered evaluation, Josh was allowed social worker supervised visits with his sons a few times a week in 2011. During one of those visits in 2012, Josh locked himself inside his house with his children, leaving the social worker on their case, Elizabeth Griffin-Hall, standing outside. She went to her car and called 911, but before police could arrive, Josh attacked his children with a hatchet and ignited a gas explosion that burned his house to the ground, according to ABC News. Susan's body has never been found.