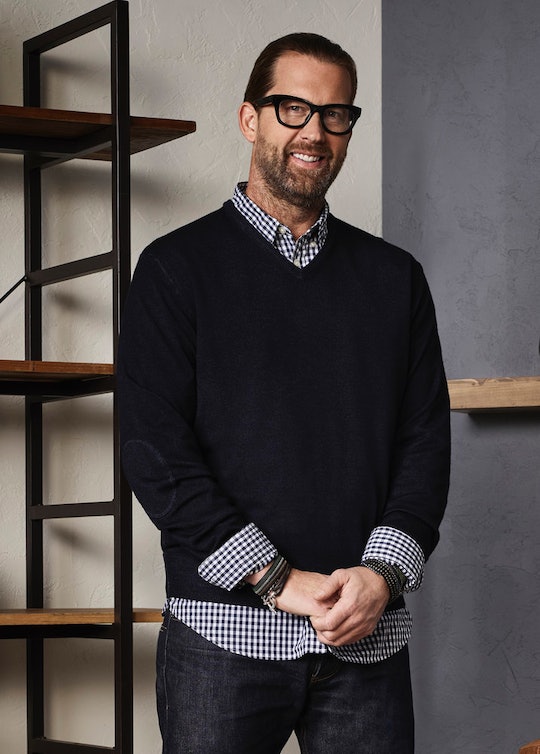 Josh Welch Heads To Bravo With A Checkered Past

Bravo's latest reality show focuses on a somewhat untapped market for the cable network: a midwestern red state. Sweet Home Oklahoma aims to upend stereotypes of rural, religious, conservative bigotry by highlighting four denizens of the state's more progressive capital Oklahoma City. The cast members are longtime friends, Angie "Pumps" Sullivan, Jennifer Welch, Josh Welch, and Lee Murphy. As you may have guessed, Jennifer and Josh were once married but the couple is technically divorced on the show and trying to reconcile. So who is Josh Welch on Sweet Home Oklahoma? He has a checkered past from which he's trying to recover.

Before he met Jennifer, Josh was actually a classmate of Angie's when the two were in law school together at the University of Oklahoma. Angie would go on to work for Josh and, when she needed a decorator for her home, asked Josh's wife — who happened to be an interior designer — for help. The whole clan became fast friends after that. Josh practiced law in Oklahoma until 2012, when he was disbarred for his involvement in a plot to bribe a police officer. He was initially put on probation for two years after entering an Alford plea, that is, accepting a sentence while maintaining innocence.

A judge ruled that he could not reapply for his license for five years, but since Josh refused to respond to the court's cause order, he was disbarred. He emailed a statement to The Oklahoman in 2012 regarding his resignation, attributing his mistakes to substance abuse, and disclosing his choice to focus on sobriety and reuniting his family instead of the law:

My sobriety and family mean more to me than being a lawyer. The resignation speaks for itself, and I really cannot add anything to it beyond what it says. I accept full responsibility for my actions, and do not blame anyone else for my conduct. I have an enormous amount of regret and remorse about what happened. I look forward to moving on to a new chapter in my life.

After resigning, Josh pivoted to a more creative field and seems to be quite the successful photographer now. According to his website, he works as a commercial and editorial photographer focusing on fashion and lifestyle portraiture in Oklahoma and California. His list of clients include GQ, Sports Illustrated, Jameson Whiskey, and his close friend Wayne Coyne's band, The Flaming Lips.

Josh currently has a year and a half of sobriety under his belt and he continues to work on reconciling with his family. You can catch the Welches on the series premiere of Sweet Home Oklahoma on Monday, March 20 on Bravo.